As the past few months have shown – the global energy landscape can change completely, virtually overnight. Following Russia’s invasion of Ukraine in late February, the international community has rallied to transform their energy sourcing strategies, with the US and EU completely ceasing imports of Russian oil and gas. Moves like this, while necessary to support the Ukrainian people, have brought the global need for more diverse energy sourcing into sharp focus. 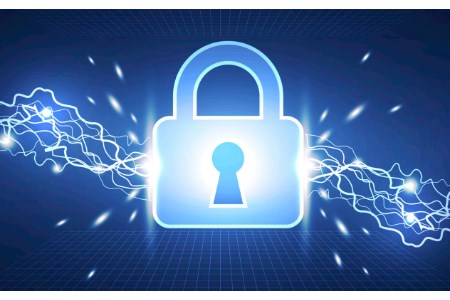 Top of the list of potential regions that could step up to the plate are Central and South America, along with the African continent. Latin America is estimated to contain one fifth of the world’s oil reserves, while in 2017, Africa produced 148.6 trillion m3 of natural gas – more than 7% of global reserves.

Vast potential is clearly present, but a range of factors are holding these regions back from becoming the answer to the world’s energy crisis. Fortunately, new technology is emerging that could transform the face of fluid transfer – allowing large-scale pipelines to be installed even in the most extreme of environments.

In terms of raw natural resources, there are several regions which could easily fill the gap left by the Russian energy boycott. The reality of harnessing these vast untapped energy reserves though, is much more complex. Neither of Africa’s top two oil producing countries – Angola and Nigeria – are currently able to meet their OPEC-defined production targets of 1.7 and 1.4 million bpd respectively. With these countries facing difficulty attracting new investment in 46 the energy sector, they are unlikely to reach these quotas without a major infrastructure overhaul. There’s a similar situation in Latin America, where energy reserves abound but a combination of political upheaval and economic instability has severely curtailed production. In the continent’s biggest oil producer – Venezuela – daily output declined by almost a million barrels between 2005 and 2016, and continued to fall to an all-time low of just 337 000 bpd in June 2020.

Separate from the world’s immediate need for alternative energy sources, demand for temperature-critical liquids like oil, hydrogen, natural gas and even water is increasing in developing regions. Large areas of the world remain underserved by major pipelines due to the challenges inherent in establishing large-scale projects in harsh or even dangerous environments, such as deserts, jungles, arctic or mountainous regions. To compound the issue, viscous products, such as crude oil, need to be maintained at a consistent and predictable temperature during transport – a requirement that is hard to meet in extreme environments miles away from established electrical infrastructure. Transportation by road offers an alternative to building long pipelines, but in most cases this method is too unsafe or inefficient to provide a viable long-term solution. Yet even considering these barriers to production, with local and international demand at an all-time high, why aren’t there more large-scale pipeline projects planned for these resource rich regions ...

Read the article online at: https://www.worldpipelines.com/project-news/06062022/unlocking-new-energy-sources/