Enbridge Inc. has announced that it expects to make a decision on whether to go ahead with the controversial Northern Gateway pipeline in the second half of 2016.

Despite the new Canadian government announcing a ban on tanker traffic along the north coast of British Columbia, Enbridge has restated its commitment to the project.

Chief Executive Al Monaco said on a conference call that the company was not giving up on the project, which would carry oilsands crude from near Edmonton, Alberta, to a deepwater port at Kitimat, British Columbia for export to Asian markets.

Monaco says Prime Minister Justin Trudeau and Natural Resources Minister Jim Carr have both shown they’re open to listen to Enbridge’s point of view and have talked about the importance of opening new markets for Canadian crude.

Northern Gateway would transport more than half a million bpd of Alberta crude to the port of Kitimat, British Columbia, with the aim of sending tankers to markets across the Pacific.

Sources: Reuters, The Globe and Mail

Read the article online at: https://www.worldpipelines.com/project-news/04122015/northern-gateway-decision-expected-for-2h16/ 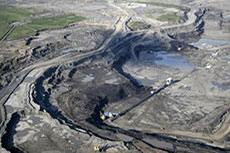 Hundreds of scientists have signed a letter to Canadian Prime Minister Stephen Harper that says the recent report on the Northern Gateway pipeline is flawed. 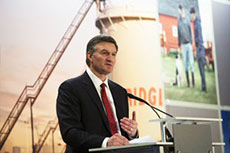