The European Commission has decided that the agreement between Greece and the Trans Adriatic Pipeline (TAP) joint venture to build a pipeline that will bring Caspian gas to Europe is in line with EU rules for state aid.

The decision means that the implementation of the key EU energy infrastructure project aimed at diversification of Europe's gas supply sources and routes has moved one step closer to start.

“The project will improve the security and diversity of EU energy supplies without unduly distorting competition in the Single Market,” the European Comission said in a statement yesterday.

The Commission has found that even though the agreement provides TAP with a specific tax regime for 25 years from the start of commercial operations, which may give the company an economic advantage over its competitors, such type of state aid “can be found compatible under certain conditions when it furthers objectives of common interest.”

TAP is the European leg of the Southern Gas Corridor, which aims to connect the EU market to new gas sources. With an initial annual capacity of 10 billion cubic metres of gas, the 878 km long pipeline is projected to carry gas from the giant Shah Deniz II field in Azerbaijan to the EU market as of 2020.

“The European Commission has found the Host Government Agreement between the Greek authorities and the Trans Adriatic Pipeline to be in line with EU state aid rules,” the EC said. “The project will improve the security and diversity of EU energy supplies without unduly distorting competition in the Single Market,” it added.

Read the article online at: https://www.worldpipelines.com/project-news/04032016/ec-approves-tap-pipeline-project/ 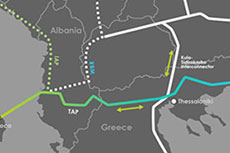 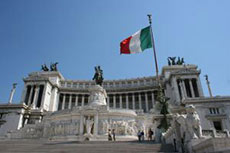