Artemis Liquids LLC announced it is holding an open season for its rail and terminal project, NJ Market ConX, to move propane from the Marcellus/Utica basin to its terminal facility on the Delaware River in New Jersey.

Artemis Liquids was created to find a solution for the growing volume of propane and other liquids in the Marcellus/Utica without easy access to markets.

"Railing a short distance to the East Coast will offer producers a cheaper option resulting in higher netbacks while allowing them the ability to sell into domestic markets during peak season," said Geof Storey, a Partner at Artemis Liquids.

NJ Market ConX will be capable of moving up to 50 000 to 75 000 bpd of refined or fractionated liquid petroleum gases to its New Jersey terminal. Terminal storage will allow access to the VLGC market and the opportunity to realise premium international prices. Pending a successful open season and timely receipt of regulatory approvals, the new terminal is expected to be in service by the first half of 2018.

Bidders may consider either signing up for rail and terminal capacity or a long term sale of LPG directly to Artemis Liquids at an index based price at the tailgate of their fractionator. The open season will be ongoing until 7 April 2016.

Read the article online at: https://www.worldpipelines.com/project-news/04032016/artemis-liquids-announces-open-season-for-rail-and-terminal-project-2660/ 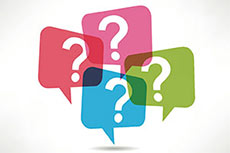 A recap of the most popular US pipeline news stories in 2015, focusing on the debate of rail vs pipelines.