Enbridge Inc. has addressed statements made recently by the Michigan Attorney General and Governor about the company’s joint efforts with the State on the proposed construction of an underground tunnel that would ultimately house a replacement of the existing Line 5 pipelines across the Straits of Mackinac, which have always operated safely. 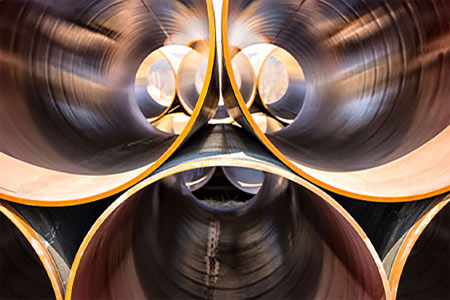 In recent meetings and in a letter to the Governor, Enbridge has reiterated its shared vision with Michigan of further reducing risk and how the company believe constructing a tunnel to house the Straits pipelines is the most effective and timely way to remove the existing Line 5 while ensuring the critical energy needs of Michiganders are met. Enbridge has committed to construct the tunnel as quickly as prudently possible and to advance a number of additional protective measures while we construct the tunnel. Given the Attorney General's opinion that the previous administration tunnel authority is invalid, Enbridge engaged and has continued to engage the State about alternatives to address that concern.

Discussions with the State along with additional commitments from Enbridge mean the company can get the tunnel under construction and complete sooner than previously anticipated. Assuming Enbridge is able to move through the permitting process without delay, the company believe the tunnel can be under construction in 2021 and in service as soon as early 2024. As previously committed, operation of the current Line 5 would cease immediately following the placement into service of the replacement pipeline in the tunnel. Enbridge has also committed to provide additional safety measures surrounding its operation during that interim period while the tunnel is being permitted and constructed.

Line 5 continues to be a critical piece of infrastructure. It currently serves the propane needs of the Upper Peninsula and Northern Michigan, providing roughly 55% of the entire state's propane needs for heating homes while supporting agriculture and manufacturing needs. Michigan is also a net-importer of transportation fuels and Line 5 provides feedstock not just to the Detroit refinery but those in neighbouring states that are critical to meeting the state's energy needs. These same refineries supply a large proportion of the aviation fuel at the Detroit Metropolitan Airport, a vital contributor to basic transportation and the state's economy.

According to the US Department of Transportation, pipelines are the safest way to move energy. It would take 2150 tanker trucks – 90 leaving the terminal every hour, 24 hours a day – or more than 800 rail cars each day to deliver the amount of energy carried by Line 5.

Enbridge takes its responsibility to deliver vital products to Michigan communities and customers seriously, and is prepared to invest US$500 million to build this tunnel solution.

Line 5 is safe and critical to Michigan and Enbridge therefore continues to operate it. Independent analysis commissioned by the State of Michigan and the Pipeline and Hazardous Materials Safety Administration have confirmed the safety of the existing pipeline. This includes an independent scientific study in 2017 that determined there are no feasible alternative routes for a new pipeline, and no better alternative mode of transporting the energy that Line 5 carries. Further, a State-commissioned report, Alternatives Analysis for the Straits Pipelines, concluded the risk of a release into the Great Lakes from a replacement pipeline built within the proposed underground tunnel would be “negligible” and “un-quantifiably low.”

Notwithstanding the safety of Line 5, it is Enbridge’s view the tunnel represents a practical approach to meeting the state's energy needs while providing the people of Michigan with even greater protection of this crossing to as near zero risk as humanly possible. Moreover, Enbridge has undertaken numerous added measures that exceed regulatory requirements.

Geotechnical activities in support of the 2019 work plan necessary to preserve the 2021 construction start have commenced, with increasing commitments to contractors ramping up leading into the summer months. Enbridge is fully prepared to proceed with the 2019 programme, necessary permitting and construction of the tunnel but it is awaiting the State's decision on supporting that path forward.

Line 5 was originally built to serve the energy needs of Michigan in a safe and reliable way and that objective remains today. Enbridge look forward to further collaboration with the state to ensure an orderly and diligent permitting process so that the company can continue with design and construction planning for the Straits tunnel.

Read the article online at: https://www.worldpipelines.com/project-news/03062019/enbridges-line-5-future/