Enbridge Energy Partners, L.P. has announced that its affiliate will be withdrawing regulatory applications pending with the Minnesota Public Utilities Commission for the Sandpiper pipeline project (Sandpiper). EEP has completed a review of Sandpiper and concluded that the project should be delayed until such time as crude oil production in North Dakota recovers sufficiently to support development of new pipeline capacity. Based on updated projections, EEP believes that new pipeline capacity will not likely be needed until beyond the partnership's current five year planning horizon.

An independent special committee of the board of directors of the delegate of EEP's general partner (Special Committee) and EECI, a wholly owned subsidiary of Enbridge Inc. (Enbridge), have also reached a tentative agreement on the terms of an arrangement, through which each party would fund the acquisition of and participate in the returns generated by an effective 27.6% interest in the Bakken pipeline system (Bakken pipeline or the system), a transaction previously announced on 2 August 2016.

It is anticipated that the investment in the Bakken Pipeline will be jointly funded 75% by Enbridge, through EECI, and 25% by EEP. EEP expects to fund its 25% interest through a combination of debt and equity. EEP would fund the equity portion of its investment through the issuance of a new class of limited partner units, Class F units, to EECI, and the debt portion through borrowing under its credit facility. The expected funding arrangements with EECI would result in the acquisition having a minimal impact on EEP's liquidity and no capital market transactions by EEP for funding. As part of the proposed joint funding arrangement, EEP is expected to have an option until 31 December 2019 to acquire an additional 15% interest from EECI in the investment at a total price equal to the pro rata portion of the capital contributed by EECI for its investment prior to the exercise date. The joint funding arrangement is subject to satisfaction of the closing conditions of the Bakken pipeline acquisition by the system's owners, the Special Committee's recommendation and approval of the Board of Directors.

The system consists of the Dakota Access pipeline (DAPL) and the Energy Transfer crude oil pipeline (ETCO) projects. EEP's interest in the System will be acquired through an indirect investment in a joint venture (MarEn) with Marathon Petroleum.

"This acquisition of an interest in the Bakken pipeline represents another important step in expanding our market access strategy", said Mark Maki, President for the Partnership. "The investment offers strong risk-adjusted returns and includes a significant level of take-or-pay contracts with high credit quality counterparties. The investment is expected to be immediately accretive to EEP's distributable cash flow when the system is ready for service, which is expected in late 2016. The system also has low cost expansion potential, offering further financial upside. Joint funding this investment with our sponsor enhances the Partnership's financing flexibility and improves EEP's credit profile through enhanced cash flow in 2017. In addition, the acquisition bolsters the prospective asset drop-down potential from our sponsor longer term."

Read the article online at: https://www.worldpipelines.com/project-news/02092016/enbridge-energy-partners-update-sandpiper-bakken-pipelines/ 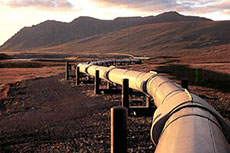 Enbridge Energy Partners and Enbridge Inc. have announced the agreement to acquire equity interest in the Bakken pipeline system, establishing a new path to the US Gulf Coast. 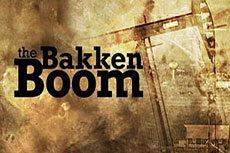