The CEO of TransCanada, Russ Girling, has stated that the oil spill in Saskatchewan could increase public scepticism of pipeline projects.

“All of these incidents shake public confidence,” he commented. “There’s no question that things like that cause people concern, and rightfully so.” He also added that TransCanada, the company behind the proposed Energy East pipeline, will learn from the Husky incident and will strive to improve pipeline safety.

Last week, a Husky Energy pipeline spilled between 200 000 and 250 000 litres of oil into the North Saskatchewan River. The spill left cities along the waterway having to find non-tainted sources of drinking water. The Husky spill comes as public hearings are set to begin on Energy East on 8 August in Saint John, New Brunswick.

Girling continued to say that TransCanada has implemented numerous safety improvements, particularly around waterways, in recent years. Advancements have included thicker pipelines at crossings, drilling pipes under rivers at times and adding extra valves at crossings so that pipelines can be shut off faster.

“There’s numerous things that we have put in place over the last decade or so which considerably change the risk of moving across or moving underneath moving water,” he said.

The proposed Energy East pipeline would move 1.1 million bpd of oil from Alberta and Saskatchewan, through Quebec and into New Brunswick to supply eastern Canadian refineries and for overseas shipping.

According to the NRDC campaign, the development would lead to an estimated 281 tankers a year heading to the proposed Energy East terminal near Saint John. This would be an increase of approximately 300% when compared to the number of tankers now in the Bay of Fundy.

While TransCanada continues with the Energy East project, it also has several other major initiatives underway, including expansion in Mexico and consolidating its recent US$13 billion acquisition of the Columbia Pipeline Group.

Read the article online at: https://www.worldpipelines.com/project-news/01082016/saskatchewan-oil-spill-could-increase-public-scepticism/

TransCanada has reported solid financial results for 2Q16. Its recent acquisition of Columbia Pipeline Group has reinforced the company’s position as a leading energy infrastructure company.

Husky Energy reports loss in cash flow, due to low oil prices and a drop in production after wildfires and maintenance work. 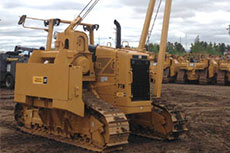 TransCanada Corp.'s Chief Executive said yesterday that he remains "very optimistic" that the Keystone XL pipeline will get built.