Yokogawa Electric Corporation announces that it has developed an enhanced version of the STARDOMTM network-based control system and was released on 27 April. 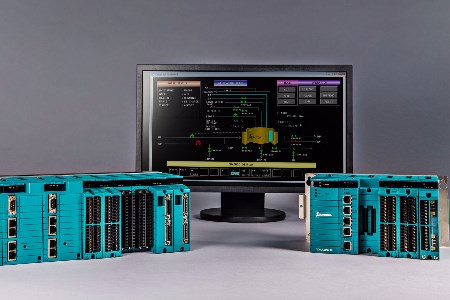 This latest version supports Windows 10, and the STARDOM high speed CPU module comes with a new function that enables Java applications to run on a STARDOM controller. In addition, an oil flowrate calculation function has been added to meet the needs of oil and gas well operations.

With the addition of Windows 10 support and other new functionality, Yokogawa is demonstrating its ongoing commitment to enhancing the STARDOM system to meet the latest needs at its customers’ sites.

STARDOM is a network-based control system whose principal components are the FCN autonomous controller, the VDS web-based HMI, and the FAST/TOOLSTM SCADA package. Since first releasing STARDOM to the market in 2001, Yokogawa has continued to improve the functions of this system to satisfy its customers’ changing needs. Based on the company’s concept of ‘Faster, Stronger, Smarter,’ it recently released a new CPU module in March 2016.

With this latest release, STARDOM has been enhanced as part of the company’s continuing effort to meet the evolving needs of its customers, including oil and gas well and pipeline operations. This release includes functionality for the onsite management of data that reduces the amount of communications traffic between central monitoring rooms and facilities distributed over a wide area.

Read the article online at: https://www.worldpipelines.com/product-news/27042017/yokogawa-updates-stardom-system/