Weld purging tubes and pipes for the oil and gas industry is crucial when joining metals such as stainless, duplex and chrome steels, as well as nickel alloys, titanium and zirconium. However, when welding larger pipe diameters it is not cost-effective to completely fill tubes and pipes with expensive inert gas. 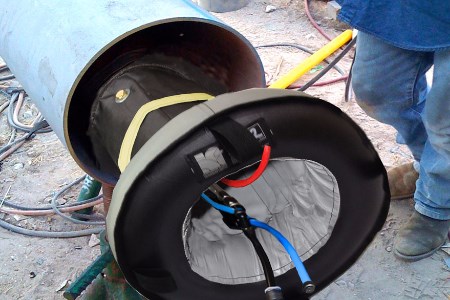 Huntingdon Fusion Techniques (HFT®) offers QuickPurge® systems that reduce the space that needs to be purged. This, in turn, reduces purging time and leads to vast savings in both time and gas costs.

Ron Sewell, Chairman for HFT said: “Using QuickPurge means that there is no longer a need to fill complete pipes with an inert gas.”

He added: “QuickPurge is simply inserted into a tube or pipe, inflated within the pipe, restricting the area that is to be welded, removing the oxygen down to 100 ppm within minutes.”

For example, a 36 in. dia. stainless steel pipe can be purged down to 100 ppm of oxygen in under 32 min. Comparing this with weld purging using foam dams or other homemade devices that will outgas heavily into the welding zone, which will take many hours.

Some features of QuickPurge Systems include:

Read the article online at: https://www.worldpipelines.com/product-news/27042017/weld-purging-oil-and-gas-pipelines-effectively/