QuickPurge®II Pipe Purging Systems have been designed to dramatically reduce weld purging times and deliver bright shiny oxide free welds irrespective of the size and the volume of the pipe.

A central collar between the two inflatable dams, reduces the volume to be purged, to a small annulus. Around the centre of the collar is a piece of “RootGlo® “illuminating strip that allows operators to see the centre of the purging system. RootGlo® holds its illuminating charge for 24 hrs, after which it can be recharged simply by exposing it to daylight for ten minutes.

The PurgeGate® accessory is fitted to all QuickPurge®II systems. PurgeGate® is a special device that prevents the purge gas input pressure to the Inflatable Purging System, from rising above 7.5 psi. 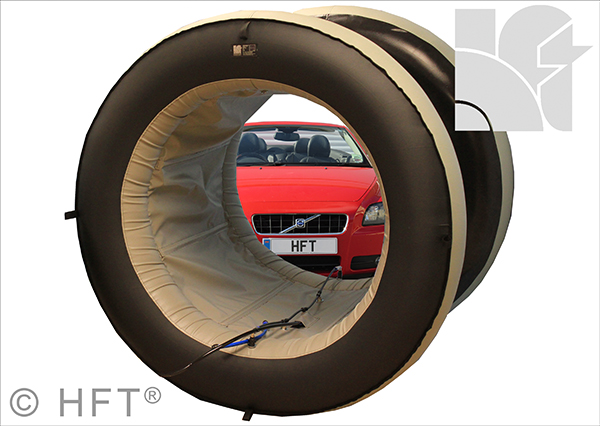 Even in the event that the gas pressure rises suddenly to 50 psi by error, only 7.5 psi can be allowed through to the inflatable dams so they are unlikely to burst due to over inflation.

Another new development from the HFT development team is the IntaCal® specially developed purge valve that does not need setting like previous systems.

So Inert gas is fed into the PurgeGate® system, it passes through at 7.5 psi or less to the IntaCal® valve which allows inflation of the first dam, then inflation of the second dam before surplus purge gas is passed into the purge void to eliminate air from the trapped cavity. 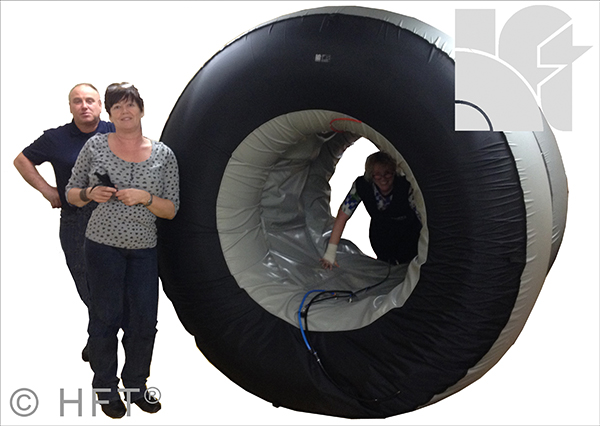 Using a Weld Purge Monitor® engineers can ascertain exactly when the oxygen level has been reduced to an adequate level for their applications.

Because of the low vapour pressure materials that have been selected for QuickPurgeII® it is possible with this system to reach an oxygen level of better than 50 ppm to ensure that bright shiny welds are created.

Even with this significantly reduced annulus having been designed, QuickPurge®II systems are manufactured in sizes of 5 in. diameter and upwards.

Read the article online at: https://www.worldpipelines.com/product-news/14052014/hft_release_largest_inflatable_pipe_welding_systems/