PurgExtra® is the latest weld purging product released by Huntingdon Fusion Techniques HFT® for the purging of tube and pipe joints from 1 – 24 in. This range complements the PurgElite series, but has extra purge gas inlets and corresponding exhaust ports.

Luke Keane, Distributor Support for HFT, said: “The PurgExtra System allows the operator to purge at recommended rates initially and then when it would be an advantage, to introduce additional purge gas to create the desired results. Typical applications are for extra inert gas with titanium welds to achieve the lower oxygen levels required for welding that material, which would be around 20 ppm.”

When welding joints where interpass temperature control is necessary, PurgExtra allows extra argon gas into the welding zone, which will help cooling dramatically. Also for the removal of additional gases that are expelled by the outgassing that occurs as the metal is being heated. The extra gas flow will prevent these expelled gases from combining with the hot metal and oxidising them, which causes the metal to discolour and lose its corrosion resistance.

PurgExtra comprises of two inflatable dams connected by a heat resistant, highly flexible gas hose that has the unique IntaCal® gas release system. IntaCal allows the dams to be inflated correctly and then releases the inert gas to safely purge the space between the dams and replaces the old fashioned, complicated valves, still used by other types of purging devices, that might sometimes fail causing the dams to burst.

The highly flexible spinal hose between the dams allows the PurgExtra Systems to be pulled or pushed easily around bends and elbows. In the centre of the spinal hose a strip of RootGlo® material is adhered, allowing the welder to see clearly when the PurgExtra System has reached the correct position in the pipe. RootGlo can be charged by exposing it to daylight for 10 minutes, after which it will provide up to 24 hours of bright illumination inside the pipe.

The innovative PurgeGate® Valve may be fitted to the PurgExtra Systems as an accessory, to protect the inflatable dams from bursting due to accidental or faulty opening of gas supply valves significantly above the recommended flow rate.

Heat Resistant Covers are also available for PurgExtra, which fit onto the inflatable dams and allow operation with post-weld heat-treated pipe joints where the temperatures might reach 760°C.

Read the article online at: https://www.worldpipelines.com/product-news/11052016/hft-releases-purgextra-tube-3268/ 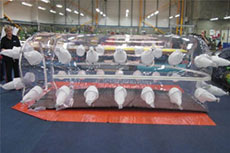 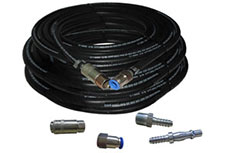 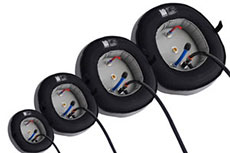 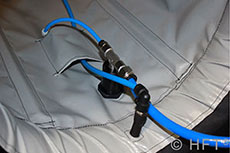 An upgraded pipe purging system has been introduced.