The replaceable wing PDC hole opener has completed rigorous field tests and is now available for order through Vermeer dealers and the BORESTORE® HDD tooling and accessories warehouse at borestore.com. This ground-up design joins the ever-growing line of rock-focused tooling from Vermeer, targeting consolidated rock formations less than 25000 psi (1700 bar). 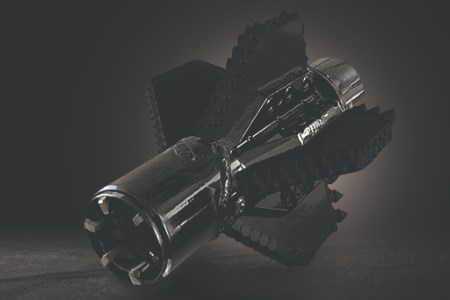 According to Jason Zylstra, Vermeer lifecycle product manager, having replaceable wings can also help maximise efficiency in the field. “These wings are meant to be replaceable. In the event of a damaged wing, a single replacement wing can be installed on the jobsite,” he explained. “If a standard hole opener gets damaged, the entire tool is out of commission until it’s repaired.”

Vermeer has sourced premium PDC inserts that, in an independent study, showed significantly better wear characteristics than the inserts commonly found in PDC pilot bits. “Each wing is designed with a row of carbide buttons strategically placed to help protect the stability of the PDC inserts,” explained Zylstra. The PDC insert pitch has been industry research-informed to optimise the balance rate of penetration and impact resistance. In the event of needing pushback during reaming, rotary backout cutters have been welded to the backside of each wing.

Read the article online at: https://www.worldpipelines.com/product-news/04122020/vermeer-introduces-new-replaceable-wing-pdc-hole-opener/