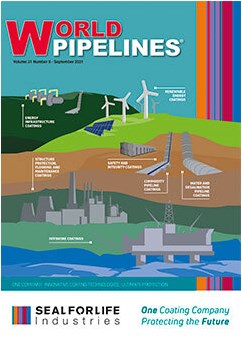 Automobile industry leaders were welcomed to the White House on 5 August for an announcement on vehicle emissions. US President Biden declared his intention to reinstate more ambitious Corporate Average Fuel Economy (CAFE) standards (that were rolled back by the Trump administration) and he unveiled the signing of an executive order for 50% of all new vehicles by 2030 to be either battery electric, plug-in hybrid electric, or fuel cell. As the global economy shifts into electric vehicle technology and cleaner fuels, Biden made it clear that the US would need to strengthen its leadership on clean transport, in order to compete against overseas automakers. Biden promised to support union workers in his bid for the presidency and the event was strongly supportive of unionised auto workers in the quest for growth in the sector.

Electric vehicle (EV) and clean energy company Tesla was omitted from the list of invited parties: an article by Tina Casey on Biden’s announcement suggests that it was “Tesla’s history of troubles relating to unions” that kept them off the guest list.1 She argues that “President Biden may also have used the event to send a message about his expectations for public-private collaboration and intra-industry co-operation.” Tesla has famously ploughed its own furrow, most recently when it comes to dealing with workers: co-founder and CEO Elon Musk has been criticised for Tesla’s worker safety policies during the COVID-19 pandemic. He has also been outspoken in his dismissal of hydrogen fuel cell technology, even as many automobile manufacturers pursue the use of fuel cells to electrify trucks, and larger construction vehicles and equipment, as well as cars.

In its annual Impact Report for 2020 (released in August 2021), Tesla claims that its EVs “helped avoid 5 million metric t of CO2-equivalent emissions”. Tesla says that the average internal combustion engine vehicle emits 69 t of CO2-equivalent over its lifetime, but Tesla vehicles are just a fraction of this, particularly if they are used for ‘ride-sharing’ and are solar charged. This reduction in so-called ‘lifecyle emissions’ contributes handsome gains to a nation’s emissions profile. Tesla also reports that its “cars can convert electricity into power more efficiently than other equivalent EVs”, in part due to its long-lasting batteries, 100% of which will be recycled.

In July it was reported that Tesla had sold enough cars and energy products to make a profit even without counting the sale of emissions credits to other automakers, which was a milestone for the company. The company will increase production capacity when it commences making EVs at the two factories it is currently building in Austin, Texas and Berlin.

The annual report laid out Tesla’s plans to sell 20 million EVs per year by 2030 – from half a million in 2020 – and deploy 1500 GWh of energy storage per year, compared to 3 GWh last year. Sustainability really does drive the way the business is run: as Teslarati, a Tesla news source puts it, “Tesla’s products and services are focused on transportation and energy production and storage – segments that are traditionally the most polluting.”2

In this month’s issue of World Pipelines, Stephen Gibbons from ABB Measurement & Analytics discusses developments in process gas analyser technology that are helping to keep emissions to air under control. He explains that, globally, emissions regulations are being tightened and part of the picture is an increasing need to monitor, and control, the gases being released. Various continuous emission monitoring systems (CEMS) are on the market, using different techniques to measure gases. There are many variables for a pipeline operator to consider when specifying CEMS to stay within emissions limits: read the article on p. 36 to find out more, including some insight into digital solutions and condition monitoring using real-time data. Also in this issue, Trencor outlines the benefits of its T14 trencher in terms of engine rating and compliance to EPA and EU emission standards requirements. Read all about the updated machine packages in Trencor’s piece on p. 63. Finally, on p. 15, SuperVision Earth presents a look at the ways in which satellite technology can enhance oil and gas pipeline monitoring activities. The article stresses that “carbon dioxide emissions are not falling fast enough in developed countries, where they have already peaked, to counteract emissions growth elsewhere.” The company’s mission is to make oil and gas infrastructure safer and more efficient by utilising AI and satellite technology, harnessing both optical and radar data to build a detailed picture of an asset on – or in – the ground.