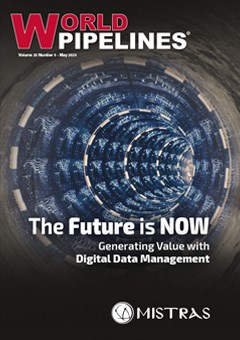 In life, there is a first for everything, both good and bad. On 20 April, shockwaves were felt throughout the global energy sector when the US West Texas Intermediate (WTI) crude oil futures traded in negative US dollars per barrel for the first time since trading began in 1983.

When the WTI opened for trading on 19 April the price was US$18/bbl, but this plummeted the next day to as low as -US$40.32/bbl. With prices trading below zero, this fundamentally meant that producers were paying others in the market to take the crude oil off their hands.

Analysts have detailed several factors that played a part in the historic market events witnessed in April. It is understood that a lack of available crude oil storage and a struggle faced by traders to find market participants to sell futures contracts to, or to even store their oil, contributed to the price crash. Data held by the US EIA indicates how the storage facilities in Cushing, Oklahoma (US) – billed as the pipeline crossroads of the world – have 76 million bbls of working capacity. As of 17 April, Cushing’s inventories were reportedly 76% full.

It is concerning that the US is single-handedly producing 2 million bpd more than is required by its refineries, and its ability to store much more will be at breaking point soon. Radical changes are needed, in terms of oilfield shutdowns or a miracle burst in demand. President Trump has mentioned in several press conferences how he would be keen to purchase 75 million bbls of US oil to fill the nation’s Strategic Petroleum Reserve – taking advantage of the record low oil price. US Congress has so far not supported the decision with funding, but Trump has reinforced his intention for action, stating that “At a minimum, we’ll let people store…We’ll use it as storage, and charge for it.”1

Plans are being made in an attempt to prevent the 100 million bpd global oil market from completely crashing, with OPEC acknowledging the need to curtail production. This is a different story to March, when OPEC removed its limits on production in retaliation to Russia’s refusal to back production cuts, causing a price war by flooding the market with oil. Starting on 1 May, OPEC has agreed to reduce overall crude oil production by 9.7 million bpd for a period of two months. For every six months subsequent to this, production will be adjusted so it is still restricted, but to a lesser degree.

Interestingly however, OPEC’s crude supply for April has actually been at its highest level since December 2018, with Saudi Arabia, Kuwait and the UAE producing record supplies – likely pumping out oil in a scramble prior to the 1 May cuts. The decision to remove nearly 10 million bpd of product from the market is a step in the right direction, but is it perhaps too little too late? This value represents a reduction of just 10% of daily production, and with current demand having fallen by approximately 30 million bpd, it is unclear how beneficial it will be to the market.

On the other hand, some traders are of the opinion that the slow easing of lockdowns in some Western economies could mean that the worst part of demand destruction has already been seen, hence the US WTI prices are already back on the rise, albeit slowly.

The oil and gas industry is facing a world of uncertainty, and the pipeline sector is taking a hit. The plunge in prices, a crash in consumption, and a general bleak economic outlook is resulting in operators enacting CAPEX cuts on pipeline projects as a means of preventing the impacts of COVID-19 from causing irreversible damage. With April providing a first for the worst oil price in history, let’s hope the month of May has more positive news in store.