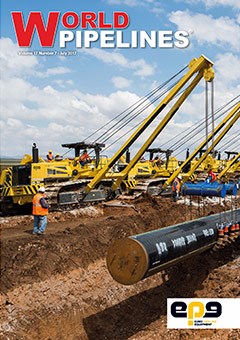 A report issued last month claimed that Canada will urgently need new pipeline capacity in order to cope with an anticipated rise in oilsands production over the next few years (to 2030). The Canadian Association of Petroleum Producers (CAPP) estimates that future need will exceed the capacity of current pipeline infrastructure (which stands at 4 million bpd) by 38%. Forthcoming growth will require a total of 5.5 million bpd.1

Also published last month was a set of recommendations from the Oil Sands Advisory Group, which advises the government of Alberta on the oilsands aspects of the province’s Climate Leadership Plan.2 The advisory group is tasked with considering how to implement the new carbon emissions limit, which came into effect in December 2016. The advice given is that the oilsands industry needs further emissions cutting measures and monitoring in light of the bill, which caps greenhouse gas emissions from all oilsands sites at 100 megatonnes, excluding emissions attributable to new upgraders or increased capacity at existing upgraders up to a combined maximum of 10 megatonnes.

The advisory outlines potential emissions-cutting measures that could be implemented if a facility grew close to the 100 megatonne cap and, therefore, faced heavy fines (CAN$200/t). It also lays out recommended requirements for new facilities and expansions.

Alberta’s government sees its carbon managing efforts as crucial in the ongoing bid to gain approval for new pipelines and, indeed, to gain support for those already federally approved but facing pushback and delays.

Alberta Premier, Rachel Notley, remains committed to moving forward with pipeline projects, including Kinder Morgan’s Trans Mountain extension, which will triple the capacity of the existing pipeline carrying crude from the oilsands to the West Coast. Trans Mountain faces increasing opposition from political factions within British Columbia: the expansion was approved under the incumbent Liberal Party, but this party has now lost its legislative majority. British Columbia’s New Democrat Party (NDP), in alliance with the Green Party, seeks to tactically undermine the project.

Enbridge’s Line 3 expansion is another pipeline project caught in the net: like Trans Mountain it has been approved by Prime Minister Justin Trudeau, but is threatened by a legal challenge from a group of Manitoba First Nations chiefs. The expansion constitutes a rebuild and upgrade of the pipeline – which runs from Hardisty (Alberta) to Superior (Wisconsin, USA) – to the tune of CAN$7.5 billion.

The global oil price crash hit the oilsands particularly hard. Alberta is home to the world’s third largest crude deposits, but production costs are among the highest in the world. Canada has a history of pipeline bottlenecks: 97% of its oil is in the Alberta oilsands, which sit, landlocked, 700 miles from the nearest port. Much political wrangling, along with technical innovation and continued investment, is needed in order to give the Canadian oilsands industry the longevity it deserves: cost is key and climate comes a close second.

In a final report of note this month, IHS Markit sees massive short-term growth of oilsands production (as expansion projects currently underway are eventually completed) but a slowdown in the long-term (as projects are commissioned at a more measured pace).3 “Nearly a half-million bpd of new oilsands productions will be added in 2017 - 2018” according to the report, which also suggests that growth rates after 2019 will calm down. With zero new projects sanctioned since 2014, future growth is likely to be driven by smaller expansion schemes. Capital investment in oilsands has fallen each year since 2014. In recent months, Royal Dutch Shell and ConocoPhillips have sold off oilsands assets, amid concerns about the financial viability of the reserves. In 2017 alone, oil majors have divested themselves of over US$22.5 billion of assets in Canada’s energy industry.

In mid June, the US Energy Information Administration (EIA) briefed that data from some 68 US-listed companies active in the Canadian oilsands shows that reserves dropped by a total of 7.7 billion bbls. These downward revisions are a result of last year’s oil price drop. US-listed companies must use price averages for the past year when calculating reserves, whereas Canadian companies are permitted to use forward looking prices.

Pipeline constraints are just part of the puzzle when it comes to utilising the oilsands to their true potential.