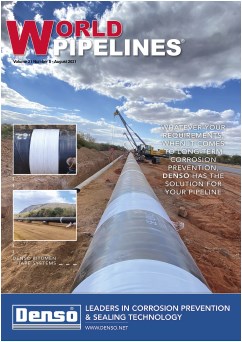 In return, Ukraine will receive US$50 million in green energy technology credits and a guarantee of repayment for the gas transit fees it will lose by being bypassed by the pipeline until 2024, with a possible 10 year extension.

Merkel and Biden in effect announced a climate and energy partnership, which Biden said will support energy security and the development of sustainable energy in emerging economies in Central Europe and Ukraine.

Commitments have been made by both the US and Germany to ensure increased investment in Ukraine’s energy sector to compensate for any negative fallout from the new pipeline. Germany and the US have both committed to supporting a US$1 billion (€850 million) fund for Ukraine to diversify its energy sources. Germany has guaranteed it will reimburse Ukraine for gas transit fees it will lose and will offer Ukraine support to transition away from coal. Germany has also agreed to sign the ‘Three Seas Initiative’, an EU and US-promoted scheme that aims to boost energy security among countries bordering the Baltic, Black, and Adriatic seas.

Biden’s greenlighting of Nord Stream 2 will puzzle many who watched him revoke the permit for the Keystone XL pipeline on home soil in January. He dislikes both projects, but one got the go-ahead.

The funding for alternative energy and development projects may be slim reward for countries like Ukraine and Poland, on whom Russia will cease depending for transit rights to supply Western Europe with energy, and who will feel increasingly geopolitically vulnerable.

This seems like a U-turn for Biden and a massive win for the EU. In a press conference with Merkel earlier in July, Biden stated: “While I reiterated my concerns about Nord Stream 2, Chancellor Merkel and I are absolutely united in our conviction that Russia must not be allowed to use energy as a weapon to coerce or threaten its neighbours” but went on to say “My view on Nord Stream 2 has been known for some time. Good friends can disagree, but by the time I became President, it was 90% completed and imposing sanctions did not seem to make any sense.” The President waived sanctions against the Swiss-based pipeline operator Nord Stream 2 AG in May. Nord Stream 2 AG is owned by the Russian state energy company Gazprom.

The eagle-eyed among you will have noticed the new logo we are proudly displaying on the contents page this month. As a magazine with print distribution, we know that we need to commit to reducing our impact on the environment. We use carbon balanced paper to reduce carbon impact and protect endangered species. Carbon balancing is delivered by World Land Trust, an international conservation charity, which protects the world’s most biologically important and threatened habitats acre by acre. Its Carbon Balanced Programme offsets emissions through the purchase and preservation of ecologically important standing forests under threat of clearance, locking in carbon that would otherwise be released. This is now recognised as one of the swiftest ways to arrest the rise in atmospheric CO2 and global warming effects. Sir David Attenborough, a patron of the trust, says: “The money that is given to the World Land Trust, in my estimation, has more effect on the wild world than almost anything I can think of.” I like to think of it as our own climate and energy partnership.