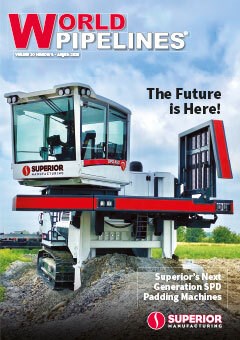 Piling on the pressure

The US State Department has made it possible for further sanctions to be brought against Nord Stream 2. On 15 July it updated the Countering America’s Adversaries Through Sanctions Act (CAATSA) legislation so that companies involved in building NS2 and the TurkStream extension can now be targeted. Original CAATSA guidance stated that sanctions could not be imposed on Russian pipeline projects approved before 2 August 2017 but the update removes the caveat.

The new guidelines, although discretionary, will put more pressure on companies involved in completing NS2 in Danish waters, and in extending TurkStream in Bulgaria and Serbia into Hungary. Mike Pompeo, US Secretary of State, said the action is a “clear warning” to companies helping to build the pipelines.

Allseas had planned on using its self-positioning vessels Pioneering Spirit and Solitaire to lay the last stretch of NS2 pipes, but when US sanctions threatened to block western companies from providing vessels for the project, it had to step back in December 2019.

In early July this year, Denmark’s Energy Agency agreed that construction could recommence using pipelaying vessels with anchors. This meant that Russia could potentially complete the project using its own slower, less technologically advanced ships, such as the Akademic Cherskiy and the Fortuna. It is estimated that using these slower ships will add an extra three months to construction time. The final stretch of the 1230 km pipeline in Danish waters amounts to 120 km. Fortuna is reported to have departed from the German port of Mukran in the Baltic Sea just days after Denmark’s decision.

The US has long sought to block NS2, arguing that it increases Europe’s reliance on Russian energy and decreases EU energy security (the pipelines form a direct link between Russia and Germany under the Baltic Sea, bypassing traditional transit nations such as Poland and Ukraine). The threat of US sanctions has been hovering over those companies explicitly involved in offshore construction for a while, but the updates to CAATSA mean that associated businesses such as vessel insurers and service companies could also be targeted.

An NS2 spokesman responded to the latest developments by saying that efforts to obstruct the project show “a clear disregard” for the EU’s right to make decisions about its own energy policy. German Chancellor Angela Merkel has said that US sanctions do not match up with Germany’s interpretation of international law and that the project must be completed.

July also saw Pompeo visit Denmark, where he took part in a joint news conference with Danish Foreign Minister Jeppe Kofod. Pompeo stated that, during talks with the Prime Minister Mette Frederiksen, he had stressed the importance of energy independence, particularly from Russia. Denmark was the last country to approve NS2, before it gave the go ahead in October 2019. Copenhagen would have faced pressure from both sides on this issue: the US and Germany are equally close allies of Denmark.

This month’s edition of World Pipelines includes our annual Contractors’ Directory: a snapshot of pipeline contractors working on projects all over the world. Turn to p.17 to read more about the industry’s best efforts to get pipes in the ground.