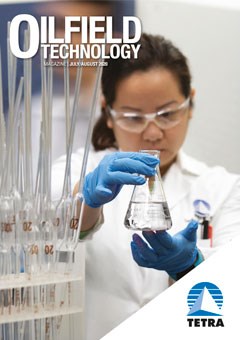 After a disastrous first half of the year for the upstream industry, the 2Q20 results are almost in for the oil and gas majors. Energy analysts are far from optimistic in their predictions, expecting nothing short of “horrendous” reports. According to Wood Mackenzie, “the oil price crash wiped US$1.6 trillion off the valuation of the global upstream industry.”1 Furthermore, Rystad Energy has reported that “the oilfield service market is not likely to rebound to [2019]’s activity level until 2023.”2

However, despite the repeated blows the upstream industry has faced over the course of 2020, it is important to remember that all is not lost. In its ‘Oil Market Report – June 2020,’ the International Energy Agency (IEA) state that “while the oil market remains fragile, the recent modest recovery in prices suggests that the first half of 2020 is ending on a more optimistic note.” Although the “demand destruction” that the industry experienced was “unprecedented”, new data collected by the agency has revealed the damage was not as bad (slightly) as had been previously expected. Furthermore, on the supply side, the OPEC+ output cuts, alongside steep declines from non-OPEC producers, have helped the market rebalance itself.3

COVID-19 has been a devastating blow for the whole of the upstream oil and gas industry, but some countries are now reporting to have remained fairly resilient throughout the crisis. Daniel Rogers, Oil and Gas Analyst at GlobalData, commented that the UK has remained fairly attractive “despite a relatively expensive operating environment” due to “a favourable fiscal regime and vast active infrastructure.” The analytics company expects the country’s production levels to “remain relatively unaffected in spite of a number of operational assets being hit by related disruptions.” Overall, Rogers pinpointed the developments that have been sanctioned since the 2014 price crash as the main reason why the UK upstream oil and gas industry has managed to remain resilient in the face of COVID-19.4

Already, the second half of the year is looking much better than the first. Fraccing activity was one of the worst hit areas following the COVID-19 crash, with new operations plummeting to just below 325 wells in June 2020. However, one month on and Rystad Energy is providing reports of recovery, particularly in the Permian Basin where activity has nearly tripled. Overall, new operations are expected to rise to above 400 wells in July 2020.5

In sporting terms, coming off the back of the first half’s innings, the industry is down but it is certainly not out. If recent production trends are maintained and demand recovers as the world increasingly comes out of lockdown, hopefully the market can come back fighting in the second half, in order to be on more stable ground when starting the next season.