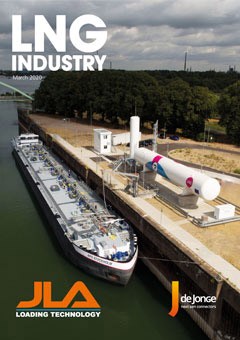 Long-term, China’s LNG market has a healthy forecast. Gas demand is continuing to rise, and LNG will undoubtedly play a key role in helping to meet this demand.

However, the coronavirus outbreak that has dominated the headlines this year is starting to have a negative effect. At first, it was hoped that the spread of the virus would have been stopped at an early stage, or that it would simply die out naturally. While there is hope that the latter will still happen, the current reality must be acknowledged.

“That’s why sentiment has shifted — because it’s very different to have one country on lockdown for a couple of weeks versus rolling lockdowns throughout the global economy.”1

Indeed, flights are being cancelled, and there is even speculation that major sporting events will have to be postponed. Depending on how much longer the crisis continues, the consequences for the economy could be more significant than we first expected.

And China’s LNG imports have not escaped the shadow of the virus either. As Reuters reported in February this year, China National Offshore Oil Corp. (CNOOC), amongst others, has already declared force majeure to suspend supply contracts with at least three LNG exporters.2 As Rob Patterson, Myles Mantle and Liza Mark of Haynes and Boone say in their regional report starting on page 10, “LNG imports for January 2020 are reported to have been approximately 10% lower year-on-year, leading some commentators to severely reduce their forecasts for demand growth for 2020.”

Although we will only get a full picture of the impact of the virus once it passes, it will not affect China’s long-term LNG future. Ultimately, gas demand is still set to rise as China seeks to continue growing its economy, move away from coal, and diversify its energy supply. Despite the fact the country is estimated to have the world’s largest unproved technically recoverable shale gas resources, its current annual shale gas output is relatively low, meaning that it still relies heavily on imports, whether via pipeline or LNG.

In the meantime, we will have to hunker down and ride out the virus.

We hope you enjoy this latest issue of LNG Industry magazine. Please feel free to pick up a copy at the 7th Annual International LNG Congress Russia and StocExpo.