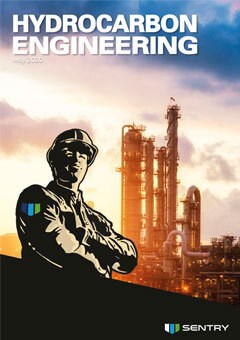 In a year like no other, it’s fair to say that the energy sector has experienced a month like no other. The coronavirus pandemic has had unprecedented consequences for the industry, and not even the record deal struck by OPEC members and its allies to slash global output could stop the price of oil turning negative for the first time in history on 20 April. The shock reverberating throughout the sector was clear, with the news described as “off-the-charts whacky” by Stewart Glickman, an Energy Equity Analyst at CFRA Research,1 while Louise Dickson, Oil Markets Analyst at Rystad Energy, commented: “It’s like trying to explain something that is unprecedented and seemingly unreal!”

While the situation is an evolving one, the problem ultimately boils down to the lack of storage capacity available in a world where demand for oil has all but dried up. Bjornar Tonhaugen, Head of Oil Markets at Rystad Energy, recently said: "The market knows that the storage problem remains and we are on a calculated path to reach tank tops in weeks. Prices can’t do else but decline when producers won’t have [any]where to store oil soon. Intentions to help prices further, announced by many OPEC+ and non-OPEC countries, are not enough to alter the current situation. Actions are needed now as the problem stopped being theoretical and far away. The storage clock is ticking for producers and we are approaching the final countdown if no further action is taken."

Until the current pandemic is under control, it would seem that the only way to balance global markets is to reduce supply. Tonhaugen comments that it will be interesting to see which producers within and outside OPEC+ will be forced to shut-in production on top of the recent OPEC+ production cut agreement, with those in remote onshore locations with limited demand flexibility and storage capacity likely candidates.

Oil producers, traders and refiners are also turning to alternative storage options for their excess crude and fuels. They are now resorting to storing crude and fuel in railcars or in unused pipelines, as well as salt caverns, according to Reuters.2 There has also been a rise in floating storage bookings. Krien van Beek, a broker at ODIN - RVB Tank Storage Solutions in Rotterdam, the Netherlands, said: “We are now working on the most oddball storage locations, really tough locations where there are operational constraints.”

The storage market is certainly one to keep an eye on at the moment, and the best way to do so is through Hydrocarbon Engineering’s quarterly supplement, Tanks & Terminals. If you’re not already receiving a regular copy of the magazine, I’d encourage you to sign up for your free copy here: www.tanksterminals.com/magazine/tanks-terminals/register/.

In addition to keeping you up-to-date with the latest developments in the storage market during these unprecedented times, the upcoming Summer issue of Tanks & Terminals will include a number of detailed technical articles and case studies focusing on topics including tank inspection and repairs, spill prevention, leak detection and safety. We’ll also have a special Guest Comment from Kathryn Clay, the President of the International Liquid Terminals Association (ILTA) – essential reading in these tumultuous times.