British Pipeline Agency Limited (BPA), a leading UK pipeline operator and consultant, has extended its relationship with Axis Security, one of the UK’s leading suppliers of security services, to pro-actively protect its UK pipeline infrastructure.

“BPA are happy to be working closely with Axis in protecting the UK pipeline infrastructure for which we are responsible as operators,” says Andrew Murray, Security Manager for BPA.

“Axis are providing BPA with a professional nationwide security management service under BPA’s own Security Management Strategy, delivering a proactive surveillance and deterrent to interference with critical UK pipeline infrastructure.

“I was happy to approach Axis Security to provide this service and we now have two ‘Pro-active Pipeline Surveillance Security Patrols’ providing mobile surveillance in Axis liveried vehicles,” Andrew continues.

“The officers provide a very autonomous but vital role for BPA, and our pro-active stance is now being echoed by other pipeline operators,” Andrew concludes.

David Mundell, Managing Director of Axis Security, says its officers are even more vital to protecting the wider BPA operation: “This is a good example of a fully functional security operation being extended through our officers’ hard work and dedication at an existing site.”

The BPA controls and manages over 800 km of pipeline systems geographically extending from Merseyside, through the Midlands, and down to the River Thames in the South East.

Read the article online at: https://www.worldpipelines.com/equipment-and-safety/31032016/bpa-extends-its-partnership-with-axis-to-protect-its-pipeline/ 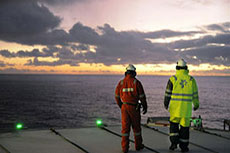 The North Sea energy and infrastructure firms can save millions of pounds by deploying a unique anti-corrosion technology following the opening of Oxifree UK’s new Aberdeen office.

Harkand has been awarded an inspection campaign with TAQA in UKCS. 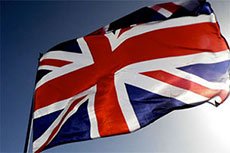