Husky Energy Inc. has reported a second quarter loss and a 58% decline in cash flow, hurt by lower oil prices and a drop in production following wildfires in Alberta and maintenance work.

Calgary, Alberta-based Husky said it swung to a net loss of CAN$196 million (US$150 million), or 20 Canadian cents a share, marking the latest in a string of losses for the oil and gas producer as crude oil prices remain well below levels in recent years.

While down from a profit of CAN$120 million in the same year ago quarter, the latest loss was smaller than the company's CAN$458 million first quarter loss. Excluding items, the company said its adjusted loss was CAN$91 million.

"We have fortified our balance sheet, reduced our earnings break even oil price and lowered our sustaining and maintenance capital requirements," Chief Executive Asim Ghosh said in a release.

Husky has completed a number of asset sales this year as it focuses on core resource plays in western Canada. Earlier this month, it closed the sale of a 65% stake in pipeline and oil-storage facilities in Western Canada to two companies controlled by its top shareholder, Hong Kong billionaire Li Ka-shing, raising a total of CAN$1.7 billion. It also agreed in May to sell assets in southwest Saskatchewan for CAN$595 million.

On closing of its asset sales, Husky said its net debt will drop to below CAN$4.5 billion from about CAN$7 billion in the first quarter.

The company said production in the quarter fell 6% to 316 000 boed. Wildfires in northern Alberta in May forced Husky to shut down production at its Sunrise oilsands operation, crimping production. Operations restarted last month and production is ramping up, it said.

Husky maintained its annual production guidance at between 315 000 and 34 000 boed, but expects it will be at the low end of the range.

The company's results come a day after it shut down a pipeline after about 1500 bbls of heavy crude mixed with a thinning agent spilled into a river in the Canadian province of Saskatchewan. Husky didn't say if crude oil output had been affected.

Read the article online at: https://www.worldpipelines.com/equipment-and-safety/26072016/husky-energy-reports-2q16-loss/

"Today's announcement is another step in the transition of our Western Canada portfolio into a more focused and efficient business," said Husky Energy CEO, Asim Ghosh. 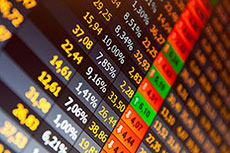 Husky Energy is to sell 65% of its ownership interest in select midstream assets in the Lloydminster region of Alberta and Saskatchewan to Cheung Kong Infrastructure Holdings Ltd and Power Assets Holdings Ltd.