McElroy has recently announced the release of its new fusion machine, the MegaMc® 1648 Series 2. Its key components are versatility and power

The fusion carriage of the product is mounted on a rugged wheeled chassis and is removable for in-ditch or close quarters work. The carriage can convert from 4 to 3 jaws as needed and it interchanges easily with its tracked counterpart to create a self-propelled, all-terrain, track-mounted fusion machine.

“The MegaMc 1648 Series 2 is designed to function in the ditch, on the ground or on wheels, which gives contractors the flexibility they need on any jobsite where large diameter pipe (16 in. to 48 in.) is being fused,” said McElroy’s President, Chip McElroy.

An electric-powered hydraulic system gives the Series 2 twice the amount of force capability to assist in all fusion functions, including the complete operation of the jaws, pipe lifts, heater and facer. The Series 2 allows for the butt fusion of most fittings without special holders or the removal of the outer jaw.

Read the article online at: https://www.worldpipelines.com/equipment-and-safety/16082016/mcelroy-introduces-new-fusion-machine/ 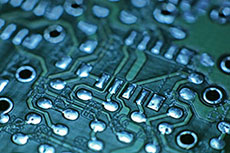 There are a great number of opportunities for supply chain companies in the pipeline sector in Europe today and looking to the future.