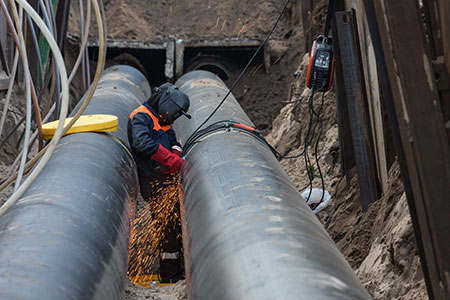 “After a thorough investigation, Consumers Energy officials determined approximately 21 ft of fill material was added over top of the pipeline by a third party," the statement said. "The weight of the fill stressed the pipeline and caused it to sag...which caused a break and rupture in the pipeline on 20 November, 2017 in Orion Township, Michigan."

The pipeline that ruptured was 66 years old, and the blast that resulted left a crater nearly 20 ft deep and knocked out Oakland County 911 service for several hours.

No one was injured in the blaze.

"The weight of the fill stressed the pipeline and caused it to sag due to the compressibility of the supporting organic soil layer (a swampy area) which caused a break and rupture in the pipeline," according to the statement.

Read the article online at: https://www.worldpipelines.com/equipment-and-safety/16012018/michigan-pipeline-blaze-caused-by-weight-of-fill-material/