Schneider Electric has pulled out of the planned acquisition of Britain's Aveva, saying the two companies had mutually agreed that the proposed deal would be too risky and expensive.

Shares in Aveva subsequently fell come 36%, despite speculation another bidder could emerge for the company.

Aveva said the talks were called off by mutual consent, adding that the combination would have been too risky due to the complex structure of the deal.

Aveva and Schneider had in July agreed a deal that would have involved Schneider paying £550 million towards the issue of new shares in Aveva, to take a 53.5% stake in an enlarged group also comprising Schneider's software operations.

The tie-up would have reduced Aveva's exposure to oil and gas markets.

Read the article online at: https://www.worldpipelines.com/equipment-and-safety/15122015/schneider-electric-pulls-out-of-aveva-deal/ 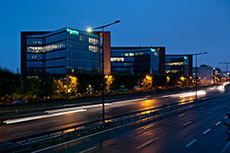