Scottish research and development company PhotoSynergy Ltd (PSL) is enjoying a hat-trick of successes as a major operator and two subsea service companies push the envelope to further the safety of their diving personnel and increase efficiencies in the subsea sector.

The North Sea Operator has, for the first time, included PSL’s LIGHTPATH technology in its diving operations and management guidance document, which aims to ensure compliance with latest legislation and industry best practice.

Meanwhile, leading international inspection, repair and maintenance (IRM) companies Harkand and Bibby Offshore have announced their continuing support for PSL’s LIGHTPATH range of products, which offer an innovative technical solution to sectors, including the challenging and hazardous subsea environment, where safety of life is paramount.

Winner of the Subsea UK Innovation for Safety Award 2014, LIGHTPATH is a side-emitting flexible fibre that projects a continuous and flexible line of light that carries no electrical power and has a life expectancy of five years.

PSL has launched the latest in its portfolio of subsea products – the SLS2000 – which was developed following feedback from divers and their teams, providing the option to illuminate the dive umbilical from the diver end.

It was produced following requests from industry for a minimal-sized light source, which would not impede the diver during his work. A small, compact unit at just 30 mm dia. and 70 mm long, it was designed to provide a light source to saturation divers using an LED attached to the umbilical at the diver’s end.

Operational sea trials of the unit – which can be used in both saturation and air diving – are planned with existing clients following successful competition of final in-house tests and third party pressure testing.

PSL Director Don Walker said: “The recognition of the increased safety afforded to divers utilising the LIGHTPATH umbilical lighting concept by these companies marks a significant step for PSL, and we very much appreciate their support.

“We are very grateful for all the help and guidance we have received over the past few years from Harkand and Bibby Offshore – the level of support they have shown has been invaluable and helped us develop LIGHTPATH further for more specific markets.

“We have been operating the LIGHTPATH in the North Sea for the past three years, and the general consensus among the dive community is that divers feel safer using the technology to illuminate saturation diver umbilicals, which enhances safety and productivity for all parties, including the individual diver, colleagues in the water and the bell-man.

“It also gives confidence to the ROV pilot as to the location of diver umbilicals, thus minimising the risk of collision and can significantly reduce the incidence of umbilical snagging, both for saturation and surface air divers.”

Harkand, which has been using another of PSL products – the SLS5000 - on two of its North Sea vessels for the past few years, has also recognised the importance of the SLS2000 and is currently in talks with PSL about trialling it.

Jerry Starling, Harkand’s Group Diving Manager, and a member of the IMCA diving division management committee, said: “Harkand is committed to the wellbeing of its personnel and presenting the most appropriate solutions for clients. As a company we have recognised that although not a mandatory or industry specific requirement, LIGHTPATH further enhances the diver’s ability to manage their umbilical, improving their safety and simultaneously delivering more efficient operations.

“Umbilical management is a key component of diver activity for both safety and time saving reasons. We have found that LIGHTPATH helps reduce recovery time as the diver can track and identify their route back to the bell, as well as identify any snags and entanglement of the umbilical due to the variations in colour offered by the equipment. It also ensures divers and ROV pilots can constantly monitor that the umbilical is clear during equipment deployment and recovery, which are generally high risk activities. We look forward to working further with PSL in the future.”

Meanwhile, Bibby Offshore, who have worked with PSL from the outset to help with the development of LIGHTPATH, is about to start trials of the SLS2000 within the next few weeks.

Diving Manager Ian Mitchell, said: “Bibby Offshore regard the LIGHTPATH as a significant safety enhancement and use it as standard on all our DSVs. We are pleased to be involved in the further development of the LIGHTPATH system and believe the SLS2000 will further enhance the usefulness of the product and increase its potential applications.”

Read the article online at: https://www.worldpipelines.com/equipment-and-safety/05022016/new-award-winning-technology-from-psl-provides-further-safety/ 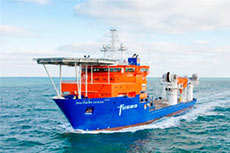 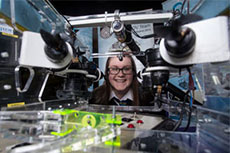 Subsea UK has announced that it will sponsor an initiative that inspires budding subsea engineers for a second year. 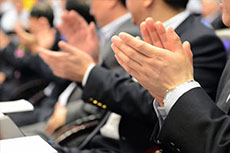 Aker Solutions was recognised as the best subsea company of the year at the Subsea UK awards last night and David Bloom of Subsea 7 was honoured for his outstanding contribution to the subsea industry.