Kinder Morgan’s Westridge terminal was the scene of a full-scale mock-up of an oil spill last week. NEB evaluators watched Kinder Moragn (along with 20 agencies and organisations) tackle a worst-case scenario of a 160 m3 oil spill.

The Westridge Marine terminal will serve as the end point for the proposed Trans Mountain pipeline expansion.

During the exercise, Kinder Morgan containment crews were assisted by eight of the 12 vessels the industry-funded Western Canada Marine Response Corporation stations in the Burrard Inlet, as well as responders from NEB, Transport Canada, the coast guard, and provincial and municipal governments.

The NEB plans to release its review of the exercise publicly by 29 December.

Read the article online at: https://www.worldpipelines.com/equipment-and-safety/02112015/kinder-morgan-oil-spill-drill-at-terminal/

NEB has released a new schedule for the Trans Mountain Expansion hearing. 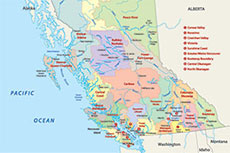