Subsea 7 announced yesterday a very large1 award by Petrobras for new long-term day-rate contracts for the pipelay support vessels (PLSV) Seven Waves, Seven Rio and Seven Sun. The contracts will be recorded in backlog in Q4. 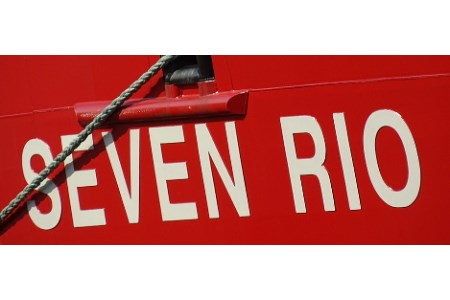 Each contract comprises a firm three year period and a subsequent one-year option. Seven Waves will commence the new contract in 1Q22.

The remaining period of Seven Waves’ and Seven Rio’s current contracts with Petrobras will be transferred to Seven Seas which will be deployed to Brazil in 2022.

Daniel Hiller, Vice-President Brazil, said: "We value our long-standing relationship with Petrobras and these new contracts reflect well on our track record of delivering successful PLSV activities in Brazil, achieving high standards of safety and a strong operational performance.”

The October issue opens with a report on pipeline activity in the Middle East and North Africa. Technical articles in this issue focus on pipeline construction, fire optic sensing and hydrogen pipelines. Don’t miss the project story on the Greece-Bulgaria (ICGB) pipeline project!

Read the article online at: https://www.worldpipelines.com/contracts-and-tenders/19102021/subsea-7-awarded-new-contracts-in-brazil/

Leaks on Nord Stream pipelines are forming area of natural gas bubbles 1 km in diameter in the Baltic Sea.