GAIL India will deploy drones on a pilot basis on its main trunk pipeline, as part of safety measures it is implementing to secure its vast network.

In the aftermath of the June 2014 accident at its pipeline in Andhra Pradesh that killed at least 18 people, the state-owned firm has taken a number of initiatives to raise safety standards including replacing old pipelines and using advanced technology.

"We plan to use drones on a pilot basis on a 200 km stretch of the HBJ pipeline in the Chambal Ravines in Madhya Pradesh," GAIL Director (Projects) Ashutosh Karnatak announced.

The company has already tendered for drones and the response has been encouraging. "We hope to award the tender in a month's time," he said.

The drones will be used to patrol the pipeline to detect physical abnormal activity like encroachment or intrusion.

“We plan to use drones on a pilot basis on a 200 km stretch of the HBJ pipeline in the Chambal Ravines in Madhya Pradesh," Karnatak said.In December 2015, GAIL launched a surveillance geo-portal 'Bhuvan-GAIL' in collaboration with the National Remote Sensing Centre, a unit of ISRO, to safeguard its pipeline network using space technology.

Read the article online at: https://www.worldpipelines.com/contracts-and-tenders/18042016/gail-to-use-drones-for-pipeline-monitoring/ 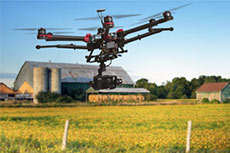 GAIL has announced it has signed a MOU for a gas pipeline in Jharkhand, where it will use drones to monitor the project’s security and safety. 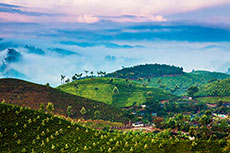