Russia’s Gazprom has offered a tender to construct an 822 km section of the 3246 km Power of Siberia gas pipeline connecting Russia and China.

Gazprom’s overall investment in the pipeline is expected to reach about US$12 billion.

The Power of Siberia is a gas transportation system designed to deliver gas from the Yakutsk and Irkutsk gas production centers in Siberia to Russia’s Far East and China.

It will deliver 38 billion m3/yr of Russian gas to China.

Construction will involve subcontractors from small and medium-sized businesses, according to reports.

Read the article online at: https://www.worldpipelines.com/contracts-and-tenders/03122015/gazprom-offers-tender-for-power-of-siberia-pipeline/ 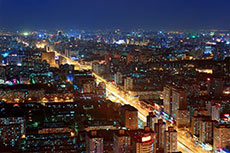 Gazprom and CNPC getting ready to sign contract for Russian gas supply via the eastern route.