In its December Short-Term Energy Outlook (STEO), the EIA forecasts that US dry natural gas production will increase from 95.1 billion ft3/d in October 2021 to 97.5 billion ft3/d by December 2022, a new record high. The previous monthly record of 97.2 billion ft3/d was set in November 2019. 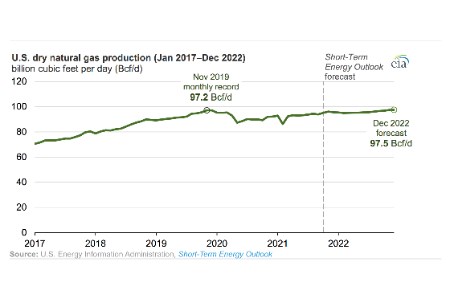 Read the article online at: https://www.worldpipelines.com/business-news/30122021/eia-forecasts-us-natural-gas-production-will-establish-a-new-monthly-record-high-in-2022/