Astrocast, a leading global nanosatellite IoT network operator, has announced the signature of an agreement to acquire Hiber, a Netherlands-based, IoT-as-a-Service provider. Under the agreement, Astrocast agreed to acquire all of Hiber’s shares in exchange for the issuance of new Astrocast shares, representing 16.5% of Astrocast’s share capital, calculated prior to its previously announced public offering on Euronext Growth Paris. Hiber’s shareholders also agreed to invest €10.45 million in Astrocast’s public offering. 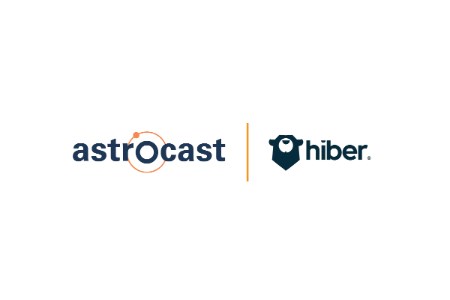 Hiber provides asset monitoring and tracking solutions to industrial customers, through satellite-connected devices that allow customers to monitor and track assets in remote locations. Its services include wellhead monitoring for major oil and gas companies and asset tracking for off-grid worksites in sectors such as agriculture, forestry, and mining. Its business model is based on multi-year subscriptions covering sensors, network hardware, satellite connectivity and a dashboard.

The acquisition of Hiber is expected to bring a number of key benefits for Astrocast:

In addition, Astrocast’s sales and go-to-market strategy will be expanded by adding a direct-to-market sales channel in select verticals. This will complement Astrocast’s existing partner sales strategy. Hiber’s expertise within oil and gas will enable Astrocast to further penetrate this market. By combining Astrocast and Hiber’s technical expertise, Astrocast will also be able to better leverage end users and accelerate its OEM strategy.

Fabien Jordan, Astrocast’s CEO said the following about the acquisition: “We’ve carefully monitored Hiber’s impressive shift in strategy over the past few years. Hiber is recognised as a powerful IoT scale-up within the market. Hiber’s focus on satellite-enabled IoT solutions, innovation and production aligns with Astrocast’s strategic go-to-market priorities for 2022 and beyond. We’re excited to welcome Hiber to the growing Astrocast team.”

Commenting on the impact of the transaction on Astrocast investors, Fabien Jordan added: “We’re excited about the positive implications of the transaction for our investors. With this acquisition, Astrocast will gain access to customer segments that we have historically had little traction with. These segments complement Astrocast’s current sales effort. In addition, this acquisition will strengthen financing opportunities for Astrocast, benefiting investors, and accelerating the total fundraising plan for Astrocast.”

Roel Jansen, CEO of Hiber added: “Hiber brings IoT solutions to its customers located in the most remote locations on earth; we are democratising data for industries that previously did not have access to affordable and easy-to-use solutions via satellites. We are excited to join forces with Astrocast to continue developing and providing world-class IoT solutions that are unrivalled in service excellence and product innovation within the IoT space.”

Read the article online at: https://www.worldpipelines.com/business-news/30052022/astrocast-acquires-hiber/