OPITO has revealed the shortlist of finalists for its Annual Global Oil and Gas Workforce Safety Awards. The awards recognise companies that best demonstrate their commitment to building a safe and competent workforce through OPITO standards.

INSTEP/PETRONAS in Malaysia, OSRL in the UK and McDermott in Dubai are vying for the Employer of the Year title, while Megamas Brunei, Petrofac Training Services and PT Samson Tiara in Indonesia have made the final three in the Training Providers category of the awards.

The winners will be announced at the OPITO Safety and Competency Conference (OSCC) on 3rd November 2015 at the Dusit Thani Hotel, Abu Dhabi. The event is now in its sixth year and is supported by Shell. The event will explore how the industry maintains competency and continues to keep its people safe in a lower oil price environment.

OPITO group CEO, David Doig, said: “We have been thoroughly impressed with this year’s entries – the most we have ever received. It’s great to witness an increasing number of organisations looking to continually improve their safety training and develop competency. The OSCC Awards is our way of recognising and rewarding their ongoing efforts to ensure a safe and competent workforce. It’s vital that we do what we can to maintain this momentum and not make any compromises when it comes to safety, even in sub- $50 oil.”

Entries were judged on how they have effectively adopted OPITO standards, the number of staff trained, geographical location and examples of how the standards have shown a tangible improvement in safety and competence in the workplace.

Oil Spill Response Limited (OSRL) first gained OPITO approval in 2007 for its competency management system. The organisation has worked closely with OPITO to adapt its training programmes to meet the needs of a growing workforce across an extended geographical reach. OSRL has seen a number of improvements in safety, competence and risk reduction since adopting OPITO’s global standards.

As an OPITO approved training centre, McDermott actively participates in OPITO development forums and training provider advisory groups. The organisation recently adopted OPITO’s IMIST standard to ensure that every offshore worker is equipped with the necessary safety awareness and training to reduce risk and ultimately reduce the number of incidents.

In 2000, Megamas Brunei became the first training provider in the world to deliver the OPITO Tropical BOSIET and has since delivered the course in over 20 countries. The organisation recently celebrated 25 years LTI free and received an international recognition from NEBOSH for its outstanding contribution to health and safety.

Petrofac Training Services established a five year HSEQ strategy to drive health, safety and environmental improvement in line with OPITO standards. The organisation recently developed a Competent Person Profile programme to ensure staff skills and behaviours meet the required competencies needed to deliver OPITO courses. The programme is currently being delivered in Aberdeen and will be rolled out across the globe for fire and marine training.

In 2004, Samson Tiara became the first OPITO approved safety training provider in Indonesia. The organisation has played a pivotal role in the growth and adoption of OPITO standards across Indonesia in an effort to educate government institutions, oil and gas regulators and industry employers on the benefits of OPITO approved training.

OSCC is the only global event focused on safety and competency in the oil and gas industry. The event was introduced to bring operators, contractors and the supply chain together with training organisations to provide a forum for improving standards of safety and competency that protect the workforce and the industry’s reputation.

Read the article online at: https://www.worldpipelines.com/business-news/29092015/opito-announces-annual-global-oil-and-gas-awards-finalists-469/ 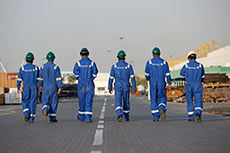 OPITO International has secured a contract with the Ministry of Oil and Gas in Oman. 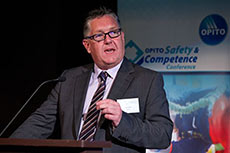 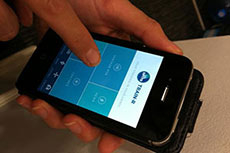 A recently launched mobile application means that offshore workers will be able to access their training records at the touch of a button.