Commodities moving through pipeline systems in North America grew by a record percentage in June, due to an increase in oil coming from the Bakken shale region.

The US Department of Transportation updated its freight numbers for commodities traded under the US North American Free Trade Agreement. The value of commodities transported through pipelines in June increased by 35.2%, the largest percentage of any mode of transportation.

"This increase is due, in part, to exports of crude oil by pipeline from the Bakken formation in North Dakota and Montana," the department said yesterday.

The North Dakota Industrial Commission oil production in June, the last full month for which data are available, was 1.09 million bpd, a record for the state and a 4.8% increase from the previous month.

Nearly all of the oil produced in North Dakota comes from the Bakken and Three Forks area.

Total US oil production has increased to the point that there's not enough pipeline capacity to handle the glut. The US Energy Information Administration, the statistical arm of the Energy Department, said the amount of crude oil and refined products moved by rail increased 9% during the first seven months of the year.

US refinery production in recent weeks has reached record highs and left supply depots flush, cushioning the impact of all the instability surrounding traditional global oilfields.

Oil prices, and those at the pump, are easing.

Read the article online at: https://www.worldpipelines.com/business-news/29082014/us-oil-pipeline-output-record-growth/

Flexpipe Systems has announced the opening of its Dickinson, North Dakota, Solution Centre. 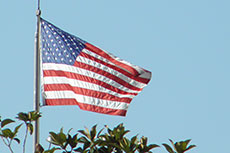 How will it affect the Capline pipeline and crude-by-rail?