A working meeting between Alexey Miller, Chairman of the Gazprom Management Committee, and Temenuzhka Petkova, Minister of Energy of the Republic of Bulgaria, recently took place in Moscow on the margins of the meeting of the Working Group for Energy of the Russian-Bulgarian Intergovernmental Commission on Economic Co-operation. 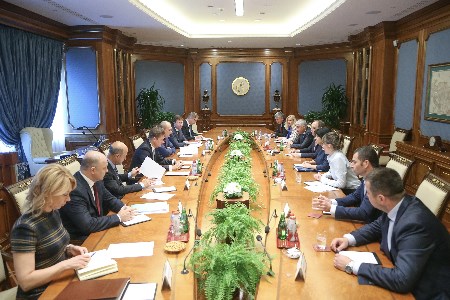 The meeting addressed the current and emerging issues pertaining to bilateral co-operation, with an emphasis on Russian gas supplies to Bulgaria and gas transit across Bulgaria in the context of the TurkStream pipeline project.

TurkStream is the project for a transit-free export gas pipeline stretching across the Black Sea from Russia to Turkey and further to Turkey's border with neighbouring countries. The first string of the gas pipeline is intended for Turkish consumers, while the second string will deliver gas to southern and southeastern Europe. Each string will have the throughput capacity of 15.75 billion m3/y of gas. South Stream Transport B.V., a wholly-owned subsidiary of Gazprom, is responsible for the construction of the gas pipeline's offshore section.

Read the article online at: https://www.worldpipelines.com/business-news/27092017/gazprom-and-bulgaria-discuss-natural-gas-co-operation/