Shell has said that its Athabasca oil sands project in Canada will be absorbed into its refining and marketing arm, while the rest of its Canadian oil sands assets and its shale business will be incorporated into its main exploration and production division.

"We've been in a mode of continually globalising our various business lines," Mr. Odum said in an interview in Houston. "Now that we're on the heels of the BG acquisition, this is just a great time" to change the structure.

Bruce Culpepper, a Human Resources Executive at Shell, will take Odum’s responsibilities as US country chairman.

Read the article online at: https://www.worldpipelines.com/business-news/25022016/shells-north-american-chief-steps-down-2584/ 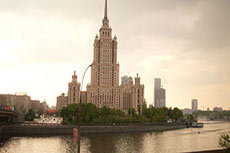 Royal Dutch Shell and Chevron Corp. have won the right to develop the Ukrainian shale gas fields, Yuzivska and Olesska.