The Trans-Alaska Pipeline has resumed operations after a fire at a pumping station near the Arctic Circle prompted officials to shut it down on Wednesday.

The pipeline resumed operations at 11:30 a.m. on Thursday, Alyeska Pipeline Service Company said in a statement.

An investigation has started into the fire.

Alyeska Pipeline Co. officials say the pipeline was returning to full flow operations yesterday, and employees are monitoring the system.

Alyeska also reports there was no environmental damage from the fire, and no injuries have been reported.

Shutting down the pipeline due to a safety occasion is rare, company spokesperson Michelle Egan said.

Diane Hunt, external affair manager for Alaska’s Division of Oil and Gas, says the shutdown did not appear to cause any economic impact to the state.

“The flow of oil was just delayed, not permanently disrupted. No barrels were lost. Repairs will be paid by Alyeska Pipeline Service Co.,” Hunt hold press.

Read the article online at: https://www.worldpipelines.com/business-news/22042016/trans-alaska-pipeline-restarts-after-fire/ 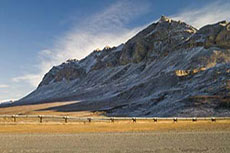 A fire erupted at a pump station near the Arctic Circle, according to reports. 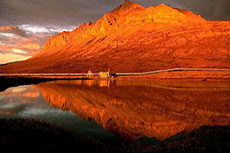