Targa Resources Corp. announced 20 October that its board of directors has declared a quarterly cash dividend of 91.00¢ per share, or US$3.64 per common share on an annualised basis, for the third quarter 2015. The approved dividend represents increases of approximately 4% over the previous quarter’s dividend and 24% over the dividend for the third quarter 2014. This cash dividend will be paid 16 November 2015 on all outstanding common shares to holders of record as of the close of business on 2 November 2015.

Read the article online at: https://www.worldpipelines.com/business-news/21102015/targas-3q15-announcements/ 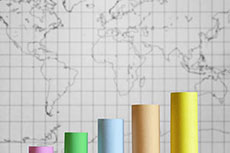