Oil futures settled lower on Monday 18 July, losing more than 1% as traders dismissed worries of supply disruptions from the attempted coup in Turkey.

August West Texas Intermediate crude fell 71 cents, or 1.6%, to settle at US$45.24/bbl on the New York Mercantile Exchange. It had traded as high as US$46.14 overnight, according to FactSet. September Brent crude on London’s ICE Futures exchange declined by 65 cents, or 1.4%, to US$46.9/bbl.

Petroleum prices were “on the defensive” due to a “combination of relief that a coup attempt in Turkey failed to disrupt oil pipeline flows or tanker loadings, with prices falling back toward the bottom of their recent trading range,” said Tim Evans, Energy Analyst at Citi Futures and OTC Clearing.

For Brent, Evans sees the US$45.90 low for the September contract set on 11 July as “a key level to watch, with a break confirming that the market remains in an intermediate-term correction to the downside.”

Meanwhile, August WTI crude may experience some book squaring ahead of the 20 July contract expiration, he said.

On Friday 15 July, oil prices got a boost by data that showed China’s second quarter gross domestic product grew 6.7%, stronger than analysts had expected. Concerns that the military coup in Turkey could hinder the flow of oil through the Turkish straits, a crucial shipping and trading route, also helped buoy prices in electronic trading late Friday and into the weekend. But prices dropped when it became clear that the Turkish ports were operating normally.

“Prices were softer because oil transport was not interrupted as the coup unfolded,” said Ric Spooner, Chief Analyst at the Australia-based CMC Markets, who expects prices to move sideways this week on lack of strong catalysts.

A monthly report from the Energy Information Administration Monday, which came out shortly before oil futures settled, showed expectations for a decline of 99 000 bpd in US shale oil output for August, from July. The fall is smaller than the 118 000 bpd cutback the EIA had forecast for July.

Tyler Richey, co-editor of The 7:00’s Report, pointed out that weekly data from the EIA has continued to show a slower pace of overall crude production declines in the lower 48 states. “There is a pretty clear bearish trend of slowing output declines in the weekly data and strong possibility that US production is finding a floor around 8 million bpd in the lower 48.”

Broadly, there are signs that a growing glut of refined products could begin to weigh on crude prices. The oversupplied products markets, especially gasoline, means refiners will pull back on crude purchases, especially as the autumn maintenance season is only two months away, the New York-based bank Morgan Stanley said.

Read the article online at: https://www.worldpipelines.com/business-news/21072016/oil-futures-down-1-percent/ 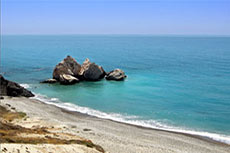 Turkey must mend its relations with Cyprus before the Turkey-Israel natural gas pipeline will be allowed to cross through the Cypriot region.

Talks between Russia and Turkey have recently occurred, concerning the Turkish Stream pipeline project and its potential resumption.