Lack of commercial viability has stalled the US$ 4 billion South-North gas pipeline, which is designed to run from Calabar (southeastern Nigeria) through Ajaokuta and terminate in Kano (northern Nigeria).

The proposed pipeline is supposed to form part of the Trans-Sahara gas pipeline, the purpose of which is to flow gas to Europe from the Niger Delta.

Oil and gas industry sources say that there are no commitments for the gas, which would pass through the 1500 km pipeline, if constructed.

The price of gas from that pipeline is estimated to be between US$ 5 - 6 per 1000 ft3. No investor is ready to risk putting down money for such a project yet.

David Ige, Executive Director, Gas and Power, Nigerian National Petroleum Corporation (NNPC), reacting to the delay of the project during a recent workshop entitled ‘Gas to power: opportunities and challenges’, said government is working hard on the project, adding that it would require government support for a robust take-off.

“The government is embarking upon a framework that would make the project take-off without hitches”, he said.

Kenya, Uganda and Rwanda have invited bids for a single consultant to oversee a feasibility study and initial design for the construction of a 1300 km oil pipeline to transport crude to the Kenyan coast.

Uganda and Kenya have discovered commercial quantities of oil and plan to start production in the next three years or so.

Kenya’s Ministry of Energy and Petroleum said in addition to the pipeline, the consultant would be required to oversee the construction of a fibre-optic cable from Hoima in Uganda through the Lokichar basin in northwest Kenya to Lamu, and tank terminals in Hoima, Lokichar and Lamu.

The project will also involve the construction of a 9 km pipeline from the Lamu tank terminal to an offshore mooring buoy.

“The pipeline is to be developed as a single project but split into two lots, namely Hoima to the Uganda/Kenya border and from the border to Lamu,” the Ministry said, adding that interested companies and consortiums had until 25 July to submit proposals.

The east African region has become potentially lucrative for international oil firms after Kenya and Uganda’s commercial oil finds and discoveries of gas off the coast of Tanzania and Mozambique.

Tullow Oil and Africa Oil, which controls blocks in Kenya, has estimated discoveries in the South Lokichar basin at 600 million barrels, a level experts say is enough to make a pipeline viable even without Uganda.

The two companies said on Tuesday they had found additional oil and gas reserves at their northwest Kenya blocks. Uganda estimates it has oil reserves of 3.5 billion bbls.

The plan for a single consultant and transaction adviser was approved by the governments of Kenya, Uganda, Rwanda, South Sudan, Tanzania and Burundi last month.

Kenya’s plans for oil production have moved fast since Tullow and Africa Oil’s first discoveries were announced in March 2012.

In contrast, neighbouring Uganda struck oil in the Albertine rift basin in 2006 but commercial production has been delayed by wrangling with oil firms over Uganda’s plans for a refinery and other factors. First production is not expected until 2016 at the earliest. 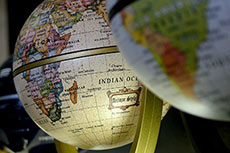 EY discusses the contribution of the African oil and gas industry to national economic growth.