A working meeting between Alexey Miller, Chairman of the Gazprom Management Committee, and Alexander Drozdenko, Governor of the Leningrad region, took place in St. Petersburg on 18 December. 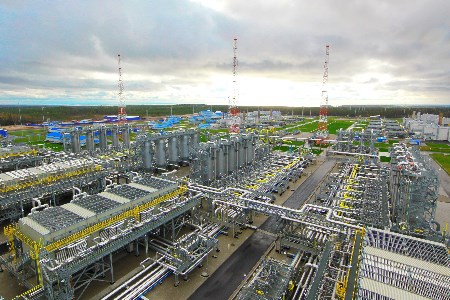 The parties discussed the progress of the co-operation agreement, noting that the Leningrad region was a strategic partner for Gazprom. The region is crossed by the gas pipelines of the northern gas transmission corridor, the main route for delivering gas from the Yamal peninsula to consumers in European Russia and abroad. The company currently works to expand the corridor by, among other things, renovating the Serpukhov – Leningrad, Kohtla-Jarve – Leningrad and Belousovo – Leningrad gas pipelines, as well as building an interconnector between the latter two. Priority construction and installation operations are now underway at the new gas transmission facilities in the area stretching from Gryazovets (Vologda region) to the Gulf of Finland.

Seeking to strengthen its foothold in the liquefied natural gas (LNG) market, Gazprom is constructing an LNG production, storage and shipment complex in the neighbourhood of the Portovaya compressor station. Preparations are being made for Baltic LNG, the project of a large scale plant near the port of Ust-Luga.

In 2012 - 2016, the company invested RUB 118.5 billion in the development of the Leningrad region’s gas transmission system and the construction of an LNG plant near the Portovaya CS. Investments reached RUB 65.3 billion in 2017.

Particular attention at the meeting was paid to gasification efforts in the Leningrad region. It was stressed that Gazprom had spent RUB 7 billion for that purpose in 2003 - 2016, building 38 inter-settlement gas pipelines with the length of some 460 km. Over the course of that period, the average gas penetration level in the Region was raised from 49.9 - 67.4% (compared to the national average of 67.2%).

In 2017, the company completed the construction of an inter-settlement gas pipeline in the Vyborgsky district and continues to lay another five pipelines in the Volkhovsky, Vsevolzhsky, Luzhsky and Priozersky districts. Design and estimate documentation is being compiled for 37 gas pipelines and gas distribution facilities.

The meeting also reviewed the extensive efforts made by the company to renovate the heating grid of the Leningrad region. In 2007 - 2016, Gazprom built 30 state-of-the-art boiler houses across the region, including one in Tikhvin. Renovation works are in progress at the heating grid of the Tinkhvinskoye municipality. It is planned to complete the renovation in 2018.

The promotion of natural gas as a vehicle fuel is an important aspect of the co-operation between Gazprom and the region’s authorities. Two compressed natural gas (CNG) filling stations of Gazprom – in Gatchina and Kingisepp – are currently in operation, along with two CNG refueling modules at the filling stations in Tikhvin and Tosno. The company plans to build another six CNG stations in the Region by 2020.

The parties also discussed Gazprom’s actions aimed at creating a cutting-edge sports infrastructure in the Leningrad region. Within the framework of the Gazprom for Children programme, five sports and health centres and 79 sports grounds and school stadiums were built in the constituent entity, with two more centres to be opened soon.

Read the article online at: https://www.worldpipelines.com/business-news/20122017/gazprom-and-leningrads-governor-discuss-co-operation-agreement-progress/