Amid all the controversy surrounding the Keystone XL pipeline, it is easy to forget that the hydrocarbon transmission sector is having a whale of a good time. “There has been a tremendous amount of activity in gas, natural gas liquids, and crude,” says Don Santa, President of the Interstate Natural Gas Association of America (INGAA). “It’s a remarkable confluence of events.”

One of the most significant contributing factors revolves around the renaissance in US gas production. As recently as 2005, production was at 48 billion ft3/d and falling. The combination of horizontal drilling and hydraulic fracturing opened up a whole new resource play; shale gas. Basins throughout the Lower 48 suddenly became treasure troves of natural gas; IHS CERA, a consultancy, estimates that natural gas reserves and resources in North America exceed 3000 trillion ft3; of that, shale gas makes up 1200 trillion ft3 in the US alone.

The Colorado School of Mines’ Potential Gas Committee (PGC) notes that northeast US is endowed with some of the most prolific shale gas plays. The largest volumetric and percentage gains were reported for Appalachian basin shales (primarily the Marcellus but including other Devonian shales and the Utica), which collectively rose by 335 trillion ft3. “The Marcellus and Utica Shales are so prolific, it makes sense to invest in infrastructure to connect up to existing trunklines already going to market,” says Santa. Over US$ 1 billion was spent in the region on new interstate transmission lines in 2012, and the Energy Information Administration (EIA) estimates that more than 7 billion ft3/d capacity is expected to come onstream in 2013. The EIA also predicts that investments will remain between US$ 1 billion and US$ 2 billion annually through 2015.

Other regions are also seeing activity. In North Dakota, the Alliance pipeline is moving ahead with the Tioga project. Starting this Summer, the 80 mile, 12 in. lateral will deliver over 100 million ft3/d to the Alliance mainline running to Chicago. In Ohio, DTE Energy, Enbridge Inc., and Spectra Energy Corp. are developing the NEXUS gas transmission project that would move up to 1 billion ft3/d of Utica shale gas to consumers in the US Midwest and Ontario. The 250 mile line will follow existing ROWs and connect to the Vector pipeline system.

In some basins, shale gas also contains large amounts of natural gas liquids, or NGLs (composed of ethane, butane and propane). In late 2012, Energy Transfer Partners (ETP) brought the West Texas Gateway NGL pipeline into service. The 570 mile, 16 in. line runs from the Permian basins in West Texas to its processing facility in Mont Belvieu, Texas. The line has an initial capacity of 209 000 bpd. Increased NGL production from the Eagle Ford formation and other wet shales will also ensure a need to increase takeaway capacity in the region for the next several years.

Two major sources of crude in North America are spurring on immense changes in the oil transportation network. The oilsands in northern Alberta hold over 170 billion bbls of recoverable bitumen trapped in sand and carbonate rock. Oil companies have spent tens of billions of dollars to boost production to 2012 levels of 1.9 million bpd. Alberta’s Energy Resources Conservation Board (ERCB) recently released its latest production estimates, and now expects that, by 2022, production will rise to 4.2 million bpd.

Explorers are also using horizontal drilling and hydraulic fracturing to release light crude from liquids-rich shale. North Dakota’s production of light, sweet crude has risen from 100 000 bpd in 2005 to over 770 000 bpd in late 2012. The Eagle Ford formation in South Texas also produces gas condensate and oil, and the play has grown to 700 000 bpd in three short years.

Midstream companies are building a large number of intermediate-size pipelines in order to gather shale oil from diverse locations and deliver it to market:

This is the first part of a special report on the North American oil and gas sector. Read part two here.

Read the article online at: https://www.worldpipelines.com/business-news/19082013/north_american_oil_and_gas_pipeline_industry_is_on_a_roll_part_one/ 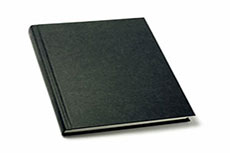 IHS study says KXL will not impact GHG emissions: oilsands production will happen regardless of KXL; imports of Venezuelan heavy oil likely to take place of oilsands on US Gulf Coast if Keystone XL does not go forward