US pipeline regulators are proposing new rules that will strengthen safety requirements for pipelines that carry natural gas.

The Transportation Department’s Pipeline and Hazardous Materials Safety Administration (PHMSA) aims to bulk up safety and inspection protocols for older lines and pipes buried under moderately populated areas where accidents could put lives at risk.

The proposal also seeks to raise standards for pipes that transport gas through rural areas and add requirements for pressure testing on older pipelines.

“It’s a critical rule—it updates pipelines safety regulations really looking at the safety of gas transmission and gas gathering lines,” PHMSA Administrator Marie Therese Dominguez said in an interview with press. “We took a lot of lessons learned from some of the most significant incidents.”

The move to strengthen safety rules for the nation's 300 000 mile network of natural gas transmission pipelines is a belated response to numerous accidents, including a 2010 California explosion that killed eight people and injured more than 50.

Other proposed rules would bring thousands of miles of natural gas pipes under additional scrutiny, including a vast network of smaller gas gathering lines that hook up directly to wells.

Complying with the proposed rules is set to cost the industry more than US$40 million a year but could prevent more than 40 pipeline incidents annually, according to PHMSA.

The agency has been criticised for its slow response to a 2011 law that required it to issue new pipeline safety rules.

“We appreciate PHMSA’s efforts and look forward to continuing to work with them to help ensure that the final rule is technically based, reasonable and cost-effective,” said Dave McCurdy, Chief Executive of the American Gas Association.

The Department of Transportation proposal would expand inspection and repair rules to include lines in some rural areas and recently installed lines in burgeoning gas drilling fields.

Pressure-testing for leaks would be required on older lines that were previously exempt.

The rules would extend pressure testing to include lines built before 1970, a step the National Transportation Safety Board has long recommended.

Don Santa, president of Interstate Natural Gas Association of America, said the industry group would look closely at the proposal to see if it is consistent with a voluntary programme its members adopted in 2012.

Other estimates on compliance say that the new rules are set to cost companies an estimated US$597 - 711 million over the next 15 years.

Read the article online at: https://www.worldpipelines.com/business-news/18032016/new-safety-rules-for-us-gas-pipelines/ 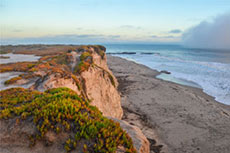 Agency finds violations but imposes no fines on Plains All American Pipeline.

The PHMSA awarded over US$ 1 million to state pipeline safety programmes in the US and Puerto Rico to improve pipeline damage prevention efforts. 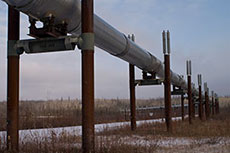 The PHMSA has announced that 21 local governments and pipeline safety groups will receive nearly US$ 940 000 in Technical Assistance Grants.