T.D. Williamson, a pipeline and services company, has recently announced the retirement of board chairman and former President and CEO Richard Williamson (also known as Dick Williamson), who has assumed the position of Chairman Emeritus.

Williamson’s brother, Stephen Williamson, who will supersede him has served on the board of directors since 1977 and recently held the position of Vice Chairman.

Dick Williamson started at T.D. Williamson in 1971 as an engineer and has held positions including Executive Vice President, Chief Operating Officer, President and CEO. He held the position of Chairman of the board from 1994 until his retirement this month.

"It has been a tremendous honour to serve in leadership roles at T.D. Williamson since 1971 when my father ran the company," Dick Williamson said. "I couldn't be prouder of the work our talented employees accomplish, and I look forward to serving the company as Chairman Emeritus. The family legacy will continue under my brother Steve and our President and CEO, Bob McGrew."

In January 1989, Steve Williamson purchased a division of T.D. Williamson, located in Ontario, Canada, and ran it until January 2007. He was active in the Canadian Gas Association (CGA) and served on the CGA board for 6 years. He joined the T.D. Williamson board of directors in 1977.

"I am proud to succeed Dick in serving as chairman of the board and to continue the Williamson industry tradition at TDW," Steve Williamson said. "Our experienced leadership team under Bob McGrew is strong and committed, our employees are the best in the industry, and T.D. Williamson's brand remains strong globally."

Read the article online at: https://www.worldpipelines.com/business-news/16082016/td-williamson-reports-board-leadership-transition/ 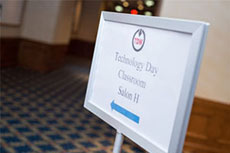 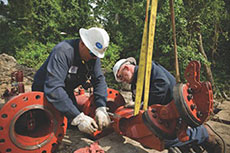 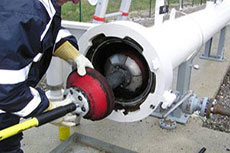 A leading pipeline services company has surpassed its own records for inline inspections in Austria. 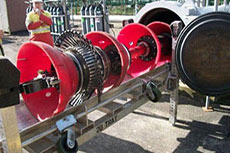