Following the separation, NiSource will remain one of the largest natural gas utility companies in the United States, serving more than 3.4 million customers in seven states under the Columbia Gas and NIPSCO brands.

The company also will continue to provide electric distribution, generation and transmission services for approximately 450 000 NIPSCO electric customers in northern Indiana. NiSource will continue to be headquartered in Merrillville, Indiana, and plans to maintain current levels of community involvement, charitable giving and economic development support following the separation.

NiSource reiterated its commitment to investment grade credit ratings and that it expects to grow earnings and the dividend each by 4-6 percent annually. In 2016, NiSource expects to deliver non-GAAP earnings per share of US$1 - 1.10 with planned infrastructure enhancement opportunities reaching approximately US$1.4 billion.

Approximately 75% of these investments are expected to be focused on revenue-generating investments. The initial annualised dividend is expected to be US$0.62 per share, and in aggregate with the expected CPG dividend outlined below, is 7.7% higher than the current NiSource dividend.

"As one of the only fully-regulated utilities of our size, supported by approximately US$30 billion of expected long-term infrastructure enhancements, NiSource offers a compelling growth investment proposition with significant scale," NiSource's post-separation President and Chief Executive Officer (CEO) Joseph Hamrock said. "As our team executes on this well-established, stakeholder-supported and revenue-generating infrastructure strategy, we will continue to enhance safety, reliability and customer service."

In total, at separation the new public company will operate more than 15 000 miles of natural gas transmission pipelines, nearly 300 billion ft3 of underground natural gas storage working capacity, and a growing portfolio of midstream and related facilities. CPG will be based in Houston and is expected to trade on the New York Stock Exchange under the ticker symbol 'CPGX'.

"With our strategically located assets, a track record of execution, solid investment grade credit ratings and strong liquidity, CPG is positioned for transformational growth," said Robert C. Skaggs Jr., who will become Chairman and CEO of CPG upon separation. "As we execute on our deep inventory of modernisation and growth projects, which are underpinned by long-term, fee-based contracts, we expect to triple our net investment by 2020."

As part of the debt recapitalisation and refinancing process, on 5 May, NiSource initiated a tender offer of US$750 million dollars in long-term debt, which is scheduled to close in early June.

CPG is expected to issue US$2.75 billion in long-term debt before the separation, which will be used to fund, in large part, a one-time cash distribution to NiSource and to pay down existing intercompany debt.

"With investment-grade credit ratings secured at CPG, the debt recapitalisation process initiated, and solid liquidity platforms in place, we're on track to complete the separation on July 1," current NiSource President and CEO Skaggs said. "In early June, the Form 10 is expected to be declared effective by the SEC, and at that time, we'll also announce and confirm the when-issued trading period, the record date and the distribution date for CPG shares."

The transaction is expected to be tax-free to NiSource and its shareholders, and is subject to various conditions, including final approval by the NiSource board of directors and the U.S. Securities & Exchange Commission (SEC) declaring CPG's Form 10 Registration Statement effective.

Read the article online at: https://www.worldpipelines.com/business-news/15052015/nisource-and-columbia-pipeline-group-post-split-news/

Jean-Denis Charlebois has accepted the position of Secretary of the Commission for one-year period. 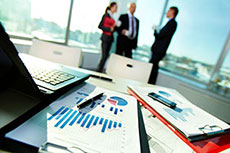 CPG has committed to helping the CRPA preserve and enhance the area’s ecological and cultural landscape.

NiSource has approved, in principle, plans to separate its natural gas pipeline businesses into a stand-alone publicly traded company. 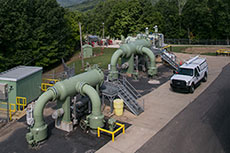