Energy Transfer LP has announced it has created a new group within the Partnership tasked with increasing the Partnership’s efforts to develop alternative energy projects aimed at continuing to reduce its environmental footprint throughout its operations. 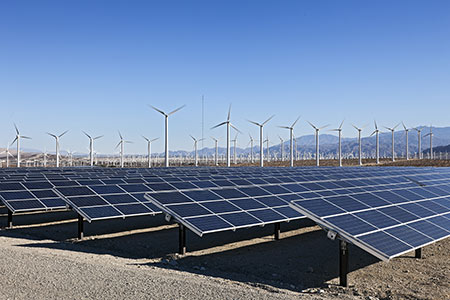 The Alternative Energy Group will be led by Tom Mason, who has more than 30 years of industry experience, including 14 years as Energy Transfer’s General Counsel, a role in which he will continue.

Under Mr. Mason’s leadership, the group will continue to focus on renewable energy projects such as solar and/or wind farms, either as a power purchaser, or in partnership with third party developers, and will also look to develop renewable diesel and renewable natural gas opportunities when they make economic sense. These potential projects could involve the utilisation of existing pipelines throughout Energy Transfer’s extensive pipeline system, which consists of more than 90 000 miles of pipelines crossing 38 US states.

The Partnership recently announced the results of one of these initiatives by supporting the construction of the Maplewood 2 Solar Project in West Texas with Recurrent Energy. The 28 MW solar project, expected to be in service in 2Q21, is the Partnership’s first-ever dedicated solar power purchase contract.

Energy Transfer has been reducing its greenhouse emissions over the past 10 years. An example of these efforts is the installation of its Dual Drive Compression system along some of its natural gas pipelines. Each Dual Drive compressor unit has patented technology that provides the ability to switch back and forth between an electric motor and a natural gas engine to manage changes in electrical demand due to high peaks or due to extreme weather conditions. In 2020 alone, this Dual Drive Technology reduced Energy Transfer’s carbon dioxide emissions by over 632 000 t. Other emission reduction initiatives in place range from the use of emissions prevention technology such as vapour recovery units and stabilisers at natural gas process plants, to thermal oxidisers and direct injection systems to reduce or prevent methane emissions.

Read the article online at: https://www.worldpipelines.com/business-news/15022021/energy-transfer-creates-new-group-to-develop-alternative-energy-projects/