New Englanders could have saved approximately US$3.7 billion in wholesale electricity costs during the 2013-2014 ‘Polar Vortex’ winter had the proposed Northeast Energy Direct Project (NED) been in service, according to an independent study by ICF International, commissioned by Tennessee Gas Pipeline Company, L.L.C. (TGP), a Kinder Morgan, Inc. company. The study also concluded that the additional gas capacity that NED would provide could generate US$2.1 - US$2.8 billion in annual savings going forward for New England electric consumers under normal weather conditions.

The in-depth study examined the impact of TGP’s NED project on New England’s natural gas and power markets and its need for new natural gas supplies. Additionally, the study assessed the cost savings from the increased natural gas capacity NED would make available to the region, which pays some of the highest electricity costs in the US, in part due to inadequate gas supplies and infrastructure.

Further analysis by Kinder Morgan finds that the estimated energy cost savings for 2013 - 2014 would equate to US$578 if spread across each of New England’s 6.4 million households, and average US$437 per household over the next 10 years assuming normal weather conditions.

“The ICF study supports NED’s potential contribution to reducing and stabilising prices, and improving reliability through increased gas availability,” said Kimberly Watson, President of Kinder Morgan’s East Region Gas Pipelines. “New England needs more natural gas capacity, and NED would provide the region with direct access to abundant, reasonably priced supplies of gas. Additional gas supplies will bring down energy costs in New England and benefit consumers who now bear the burden of paying some of the highest energy costs – if not the highest – in the country.”

The main findings of the ICF study include:

As coal and nuclear capacity are retired and replaced by natural gas-fired power generation, New England power sector gas demand will grow. Local distribution companies (LDCs) in New England project that residential and commercial gas demand will also grow, increasing by 8% over the next three years, and continue rising at a steady rate thereafter. The growing natural gas consumption for heating and electric generation will contribute to increases in the frequency and magnitude of daily natural gas pipeline capacity deficits over the course of a winter season.

ICF projects that the deficit between supply and demand in both New England’s gas-fired electric generation and residential/commercial heating loads during normal winter weather conditions on a peak day in 2020 could approach 1.5 billion ft3/d and be as high as 1.7 billion ft3/d on a ‘design day’, even with the several gas pipeline expansion projects expected to be in-service by the end of 2017. ICF estimates that the duration of such deficits for electric generation during the winter could extend to 63 days (over 41% of winter days).

During 2012 - 2014, TGP transported 52% of the total gas consumed by New England's natural gas-fired power generators. With the addition of NED's capacity, TGP will be able to transport gas supplies for the vast majority of New England’s gas-fired generators.

Through analysis of historical gas pipeline utilisation and prices, and estimates of potential reductions in prices that might have been realised had the NED project been in service, ICF determined that NED capacity could have reduced New England’s wholesale electric costs by approximately US$3.7 billion had it been in service during the 2013 - 2014 ‘Polar Vortex’ winter. Going forward, NED could generate US$2.1 - US$2.8 billion annual savings for New England electric consumers under normal weather conditions.

Additionally, the study finds that spot gas prices and wholesale power prices can be more volatile when pipeline utilisation (load factor) rises above 75% of installed capacity. During the 2013/2014 winter, daily load factors averaged 90% and frequently exceeded 95%, contributing to price volatility. TGP notes that this challenge would be mitigated through NED’s additional capacity.

NED provides essential support for the future of renewables. As renewable energy programmes in New England are embraced and activated, natural gas is a favourable base to the intermittent power production from renewables. The gas supplies NED can provide would produce environmental benefits by reducing power sector air emissions. Introducing new natural gas capacity would further reduce NOx9, SO2 and CO2 emissions in the region by lowering its reliance on oil and coal-fired generation. By 2020, absent new pipeline capacity, New England generator reliance on fuel oil to meet power demand could result in increased NOx9, SO2 and CO2 emissions, and sharply reverse previous years of reductions.

Read the article online at: https://www.worldpipelines.com/business-news/14092015/new-englands-study-on-natural-gas/ 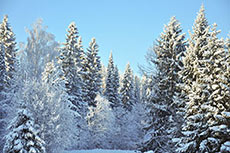 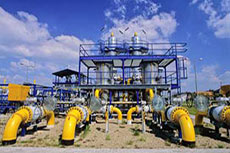