The International Marine Contractors Association (IMCA) announced the winners of its Safety and Environmental Sustainability Awards at its Annual Seminar in The Hague. 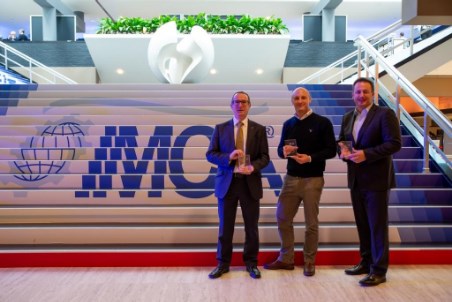 In a sold-out event of 300 delegates with executives and senior managers from operating companies and contractors, the winning entries were announced.

TechnipFMC won the Environmental Sustainability Award for the ‘Elimination of employee generated single-use plastics’. The award was presented by Atle Reinseth, Equinor’s VP for Project Development.

There were two winners of the Safety Award. MMA Offshore for its strategy and plans on ‘Target 365: A perfect day every day’; and Subsea 7 for ‘Driving IMCA’s Resilience Awareness Programme videos’. The IMCA Safety Award was presented by Ian Silk, Shell’s VP Conventional Oil & Gas Projects.

IMCA’s CEO Allen Leatt said: “HSE is the golden thread running through everything we do at IMCA and leading contractors play a critical role in raising the performance of the whole industry.

“It’s important that we highlight, by means of these awards, the great work of our members in constantly improving safety and the environment.”

Read the article online at: https://www.worldpipelines.com/business-news/12122018/imca-award-winners-announced-at-annual-seminar/