NuTech Energy Resources, Inc. – a natural gas and oil exploration and development company – is pleased to announce that the company is adding over 400 miles of total pipeline assets to the company's growing portfolio of property assets.

Of the equipment being incorporated, there are 40 miles of pipeline strategically designed to connect adjoining fields, four dehydration stations, four compression stations, and an expanse equipped with pipeline ranging from 4 - 14 in. dia.

This structure will enable NuTech to connect multiple fields to existing stations where gas is currently being transported, making it increasingly equitable to operate, keeping capital and upgrade expenses to a minimum. As per the nature of the acquisition, the company is required to obtain updated leases and title work, in like manner to the recently announced 2000 wells that the company is taking ownership of.

The company continues in its endeavor to achieve the milestones necessary to meet the NASDQ requirements for listing on the exchange, and continues to feels very confident that the company is on firmly on track for the end spring, 2016.

NuTech Energy Resources, Inc. recently announced that the company is very aggressively moving forward on a dynamic plan to take ownership of an additional 7000 wells situated on State and Federal land in the state of Wyoming, following an agreement to acquire 2000 previously announced wells, and the Emerald Operating and Rocky Mountain Exploration Wells, an operation representing 74 existing wells, and their underlying lease agreements. Additionally, NuTech will acquire Emerald's minority non-operator interest in 42 of Mountain Hawk Exploration's wells.

Emerald Operating currently has 27 of NuTech Energy's state-of-the-art IGOR tools installed on location. Gas from this location is being produced and sold, using the company's patented, proprietary Natural Gas Production Technology, but no production results are available as of yet. Emerald Operating personnel have, over the past several months, extensively tested, and continue actively running diagnostics in an effort to optimise the production and transportation process. Management is confident that the best strategy has been developed in regards to the installation of the company's proprietary equipment, as well as the production of coalbed methane.

As recently announced, the company continues to focus on adding to the current inventory of its coalbed methane wells in the Powder River Basin of Wyoming, and plans to convert those wells into profitable producing assets. The company has a patented, proprietary technology to produce natural gas without pumping water out of the ground from inside a well. This device reduces overhead from conventional methods of natural gas production by as much as 80%.

Read the article online at: https://www.worldpipelines.com/business-news/11122015/nutech-acquires-pipelines-assets/ 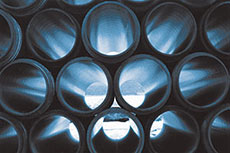 Pembina Pipeline Corporation places CAN$650 million of new assets into service, whilst providing an update on ongoing and upcoming projects. 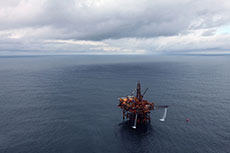 Total has agreed to sell its FUKA and SIRGE gas pipeline interests for £585 million to North Sea Midstream Partners. 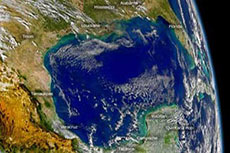