Comet Ridge Limited is pleased to advise that it has entered into a non-binding Memorandum of Understanding (MoU) with APA Group (APA) to work towards the transportation of gas from Comet Ridge’s Galilee Basin permits to east coast gas markets.

The MoU provides a framework of cooperation between the parties to negotiate the commercial terms of a gas transportation agreement under which APA would build, own and operate new gas pipelines and associated gas gathering and production infrastructure connecting Comet Ridge’s Galilee Basin gas projects to APA’s existing Queensland gas pipeline network.

Comet Ridge has a very large acreage position in the eastern part of the Galilee Basin which is prospective for both sandstone gas and CSG development, including 100% interests in ATP 743 and ATP 744 and is increasing its interest in ATP 1015 to 100%.

Comet Ridge Managing Director, Tor McCaul, said: “Given the size of Comet Ridge’s certified contingent gas resources in the Galilee Basin, particularly the Albany sandstone gas project, there is significant potential for this gas to be transported to the southeast to satisfy the demand from LNG and industrial customers.”

This MoU with APA facilitates the transportation requirements of our Galilee projects with a group that owns and operates an extensive network of pipelines on the east coast of Australia with access to all the principal east coast markets including Gladstone, Brisbane, Mt Isa, Ballera, Moomba, Sydney and Melbourne.

Read the article online at: https://www.worldpipelines.com/business-news/11052016/working-towards-the-transportation-of-gas/ 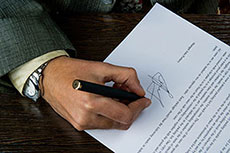